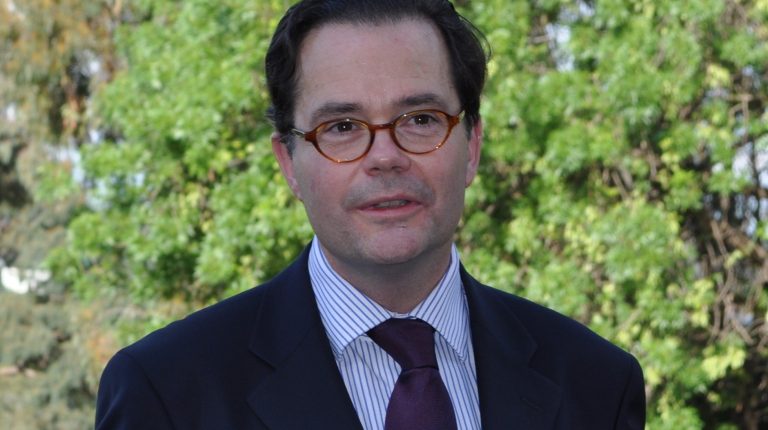 Governor of the Central Bank of Egypt, Tarek Amer; Minister of Communications and Information Technology, Amr Talaat; and French ambassador to Egypt Stéphane Romatet, have officially launched the first Egyptian-French startup competition on 6 November, with more than 300 participants, according to a press statement on Thursday.
“Resulting from a common will of France and Egypt to strengthen their bilateral ties in the field of innovation and entrepreneurship, this competition follows the signature, during the visit of the French Republic President in Egypt in January 2019, of a declaration of intent aiming at strengthening entrepreneurship and foster digital startup growth,” the statement read.
This competition aims to identity Egyptian start-ups with a high potential for growth having the ambition to become the next leaders of the digital transformation in three priority sectors of cooperation between France and Egypt: Health, Fintech and Sustainable Cities.
This competition is made possible by the support of more than 15 French companies among which Axa, Crédit Agricole, Orange, Schneider Electric, Danone, Sanofi and Valeo, having extensive experience in these three sectors.
Entrepreneurs willing to participate can submit their application on the dedicated online platform until 15 January: http://startup.franceinegypt.com.
After an initial selection phase, pre-selected startups will be invited to attend a Bootcamp co-organized by the ecosystem partners of the operation, TIEC, Falak, Flat6Labs, and EFG EV Fintech.
The final selection will then be made and announced during a major event to be held next spring that will identify the seven winners of the competition in the presence of French and Egyptian officials, representatives of both ecosystems and investors.
The seven winning startups will share a prize of a total amount of EGP 750 000. They will also benefit from numerous business acceleration support provided by partners and sponsors of the competition.
Topics: Egypt france French Ambassador to Egypt Stéphane Romatet