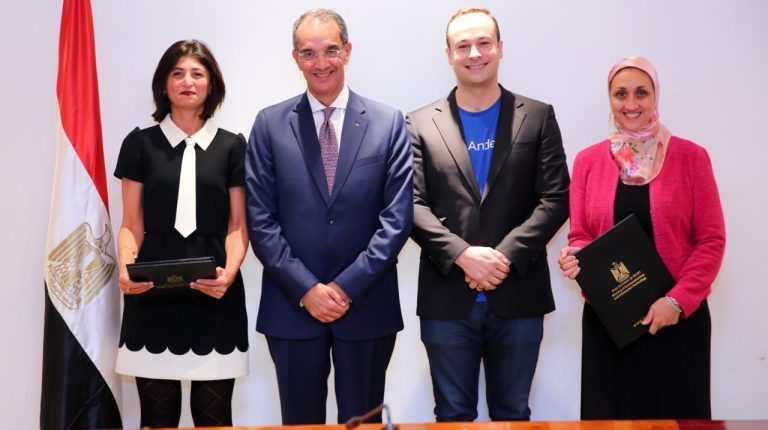 Rama El Safty, country director of Andela Egypt, said the new technologies, such as artificial intelligence, will create about 58m new jobs around the world, but this first requires new skills, as statistics indicate that about 50% of these jobs will need acquiring software engineering skills.

Therefore, Andela created a new type of teams, known as distributed engineering teams, who offer their services to the company remotely. These teams may be distributed over several continents, but working on a single project.

Safty said that many large companies are now relying on dedicated remote teams to do the job because of the lack of sufficient skills and competencies in their places.

On the role of Andela, she said the company builds distributed engineering teams with Africa’s top software engineers. Andela handles talent assessment, onboarding, and continuous improvement, in addition to preparing those engineers for companies that are short of human resources in software engineering in their countries.

She explained that the company has launched its activities in Africa since 2014, and provided its services in Nigeria, Kenya, and other countries, with total investments of over $180m.

Regarding the importance of the Egyptian market, El Safty said Egypt is a big market with a large population. Its market is full of competencies, with about half a million university graduates annually, in addition to the growth in startups and entrepreneurship, compared to other countries after the liberalisation of the exchange rate.

Jeremy Johnson, co-founder and CEO of Andela, said the global job market is changing with digital transformation, and over the past decade, the market has experienced a severe shortage of high-tech talent.

Andela is a global technology specialised in software engineering services that enable companies to accelerate their product roadmap. To do so, Andela is building teams from the best African software developers starting with Egypt 15 months ago and has hired more than 80 senior software engineers from Cairo, Alexandria, Damanhour, Port Said, and Mansoura, working through the Andela model of remote work. The Andela engineers join teams of leading technology companies around the world to help them build their products quickly and in a cost-effective manner.

Moving to Egypt comes as Andela seeks to strengthen its team of more than 1,200 software engineers in Africa, assisting technology teams in more than 200 technology companies worldwide including Viacom, BBC, Github, and Coursera.