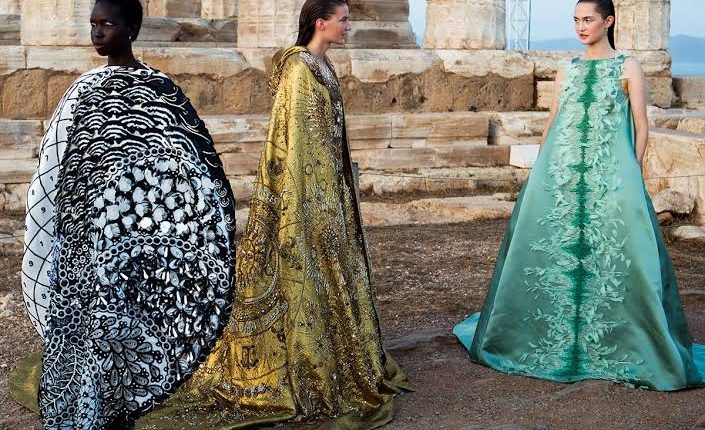 Built during 444–440 BC, the ancient Greek Temple of Poseidon at Cape Sounion has been gracefully overlooking the sea at a height of almost 60 meters for centuries. Its high pillars are a testament of the country’s intellectual and archeological wealth; making it a destination that people from opposite sides of the world travel eagerly to see.

After 11 years of elaborate storytelling through stitches and patterns, Designer Mary Katrantzou chose to tell a personal story at her own home land. Her latest collection Wisdom Begins in Wonder is a love letter written by the designer about her country’s heritage. 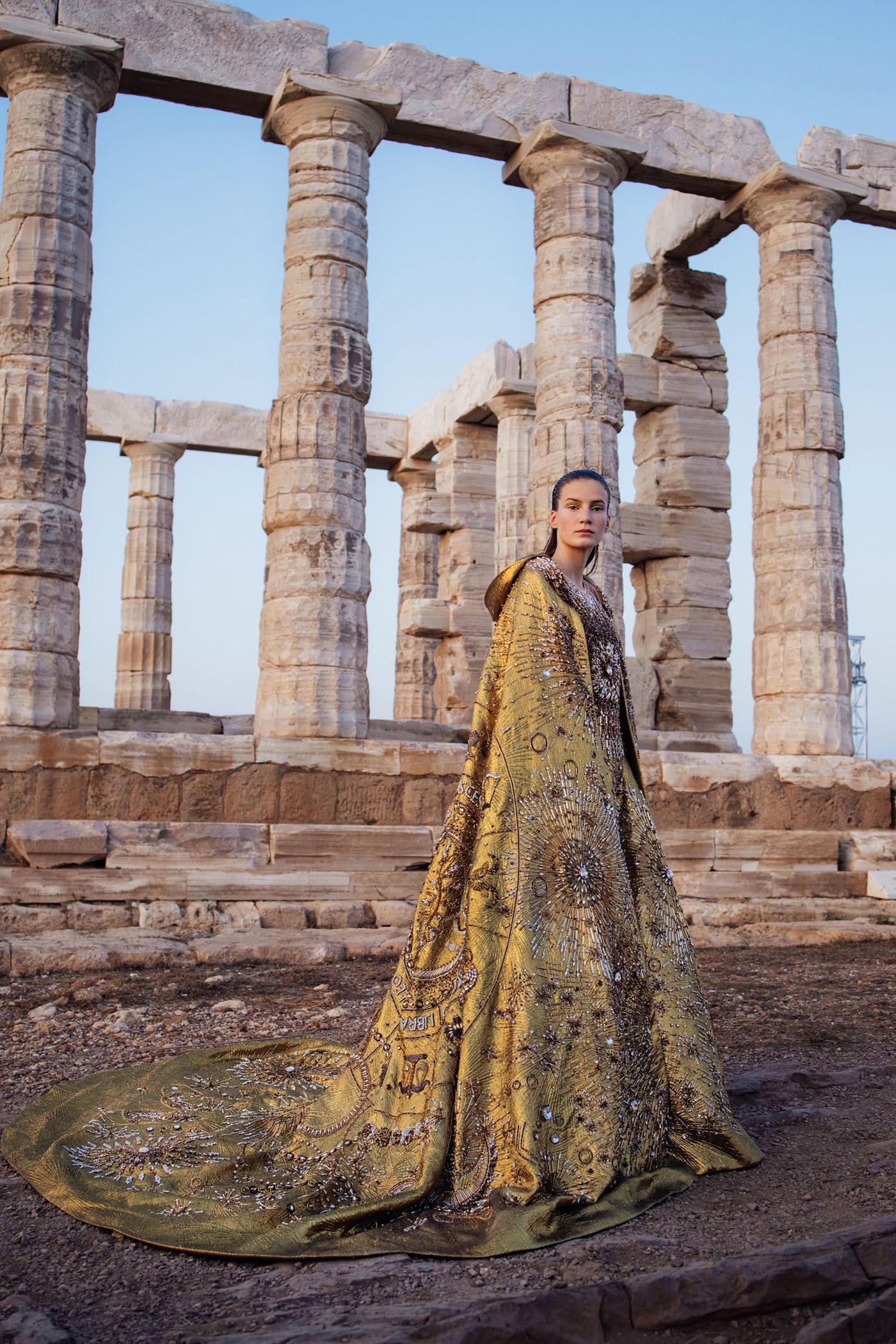 Presented at the temple at Cape Sounion outside Athens earlier this month, the collection is an embodiment of the designer’s eye for details and patterns as well as the country’s wealth of science and progression. Known for her smart utilization of striking patterns, Katrantzou turned the thoughts of various Greek pioneers – such as the findings of philosopher Socrates – into wearable gowns.

Proud of growing up in a country that has always thrived on ideas and their power to change the world, the designer’s collection is a tribute to the biggest and most brilliant ideas in the Greek history. Therefore, she was keen on creating clothes that are intricate and capable of palpitating; having a life of their own on the catwalk.

According to the designer, this show was the most personal to her, given the fact that it was organised in collaboration with children’s charity Elpida of which she is patron. Furthermore, proceeds from the ticket sales of the show were donated to the organisation.

Using a strong colour pallet, the collection features the season’s most popular hues and more. From purple to canary yellow, emerald and sky blue – each of the gowns presented an independent painting. In parallel, the designer utilised trendy materials such as feathers, satin, fringes, and sequins.

With that in mind, the designer’s patterns told many stories. Between trigonometry, physics, biology, and theology – Katrantzou left nothing out, not even Greek astrological maps.

Being the first event of its kind to be held at the Temple of Poseidon since it was built in 400BC, the fashion show attracted industry experts and VIP guests from across the world. Therefore, the designer wanted to create an experience as authentic as possible.

As the models walked through the picturesque monument, music composed by the Greek composer Vangelis serenaded the crowd. According to the designer, the acclaimed musician was her first choice.