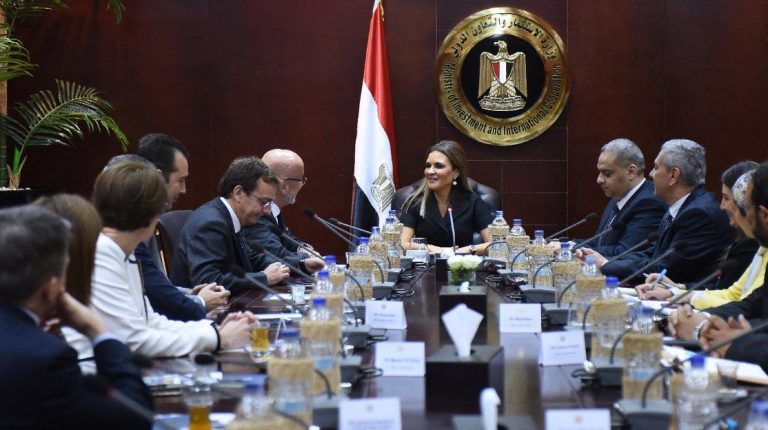 Several international pharmaceutical companies announced their expansions plans in the Egyptian market over a meeting with Minister of Investment and International Cooperation (MIIC) Sahar Nasr, in the presence of Tamer Essam, deputy Minister of Health and Population for pharmaceuticals’ affairs.

The meeting touched on the companies’ plans in Egypt, in addition to eliminating the challenges that might face the companies while operating through full coordination between the MIIC and the Ministry of Health and Population, the statement mentioned

The Egyptian government is looking forward to increasing the contribution of international companies in the country’s development process, especially in the field of health, in the framework of investment in human capital and improving the lives of citizens, Nasr asserted.

For their part, the representatives of international pharmaceutical companies affirmed that their desire to expand their investments in Egypt is a result of the country’s strategic position as a regional center for their companies in the Middle East and Africa.

The expansions are to benefit from the incentives in the Investment Law after the recent amendments, they noted, praising the measures taken to improve the investment environment by the government and the efforts by MIIC and the Ministry of Health to remove obstacles facing investors in the pharmaceutical sector.

Johnson & Johnson expanded their investments in Egypt by injecting EGP125m in 2019, said Luis Diaz-Rubio, the company’s managing director for Emerging Markets and Europe, the Middle East and Africa (EMEA), noting that his companies businesses size are at EGP2.3bn

The total investments of Glaxo Smith Kline in Egypt are at $800m, with 15,000 employees in 10 factories affiliated to the company, said Vice President and Cluster Director Egypt & North Africa at Glaxo Smith Kline, Amre Mamdouh.

Glaxo Smith Kline is working on an additional couple of production lines, one of them will operate 2019 with EGP100m in investments, while the other will be inaugurated in 2020 with EGP 80m, he explained.

PhRMA is currently including 22 pharmaceutical foreign companies in Egypt, the company’s Executive Director, Middle East & Africa Samir A. Khalil mentioned, praising the investment climate that support the companies’ plans to boost their businesses.