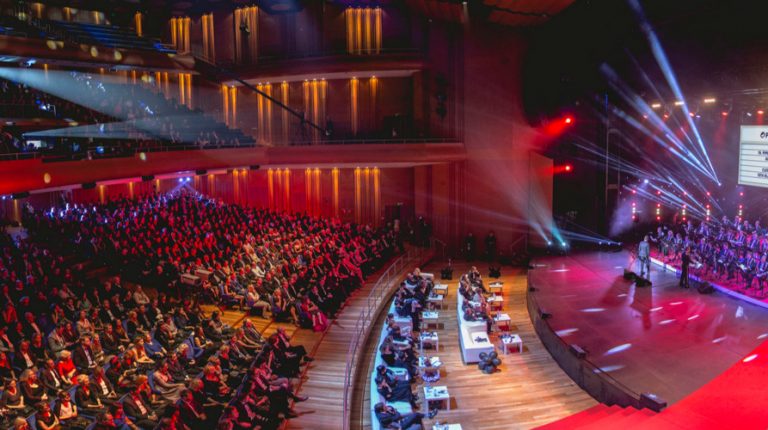 Tallinn Black Nights Film Festival announced on Friday that its 23rd edition will focus on Arab cinema, as the festival screens 14 films in the specially curated programme, “In Focus: Sizzling Arabia”, showcasing highlights from the last decade.

According to the curator, Intishal Al Timimi, a Black Nights curator who is also the head of the programme of the El Gouna Film Festival in Egypt, the special programme is most likely the largest of its kind ever screened at an international festival in Europe.

“We are happy to present a selection of best Arab productions of the past 10 years and a few very recent works that shouldn’t be missed. Arab cinema is on the rise, as six Arab films have been nominated for the Best Foreign Language Film Academy Award in the past eight years, two of which are screening in the programme – Theeb by Naji Abu Nowar and Omar by Hany Abu-Assad,” he added.

Al Timimi also commented on the challenges of the task and why some films were excluded. “It was indeed very challenging to represent the great cinematic productions of 23 Arab countries and the work and effort of over 350 million individuals, with only eight titles, in addition to the six produced this year. Some important titles, such as Wajib (Annemarie Jacir, Palestine, 2017), The Insult (Ziad Doueiri, Lebanon, 2017), and Son of Babylon (Mohamed Al-Daradji, Iraq, 2009), are missing from our programme, only because these films were recently already screened at PÖFF,” he said.

The festival will be opened by Maryam Touzani’s Adam, that was screened at the Cannes film festival this year, receiving critical acclaim and has been presented by Morocco as their candidate in the category that is now called the Best International Feature Film.

Among other new films in the programme, we find the Cannes’ Un Certain Regard entry Papicha, Algeria’s candidate for the Academy Award that is currently being denied the possibility for a domestic release. The film centres on a woman who, while trying to organise a fashion show for female designers, opposes the radical Islamists that have come to power in Algiers in the 1990s.

The retrospective section is headed by two films that have been nominated for Academy Award in the Best Foreign Language category: Theeb by director Naji Abu Nowar’s, the first Jordanian film to be nominated for Best International Feature Film at the 88th Academy Awards, that also won two BAFTA Awards among other accolades, and Omar by Hany Abu-Assad.

The programme is organised in collaboration with the El Gouna Film Festival. Tallinn Black Nights runs from 15 November to 1 December.