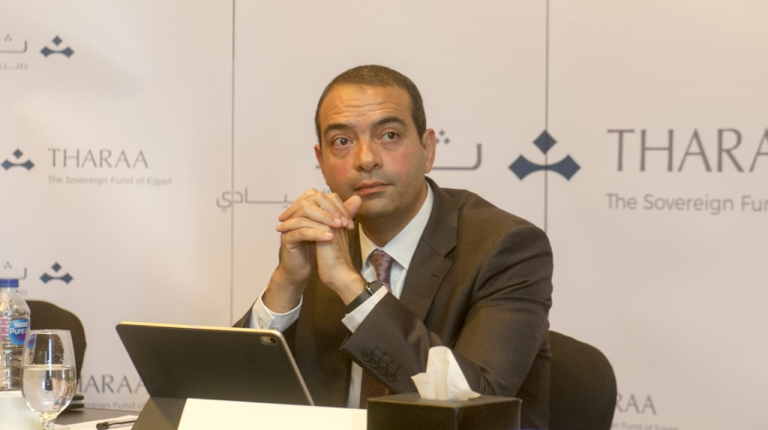 Egypt’s Sovereign Wealth Fund is currently in negotiations with three Gulf sovereign wealth funds to set up mutual funds, of which two might be announced before the end of this year, according to it’s newly appointed CEO Ayman Soliman.

In a roundtable with Egyptian journalists on Monday, Soliman said that one of the planned mutual funds will be specialised in tourism benefiting from the Egyptian tourism sector’s recovery, and thus attract the attention of Arab and foreign investors.

“We have been talking about the fund’s promotional tours, inside Egypt so far, with several investors and the majority of investment banks operating in Egypt. We have met Arab, European, and American investors, along with investors from China, New Zealand, Australia, and East Asia,” Soliman stated.

“Through our multiple meetings, we found real products that have solidified over the last month, including electricity and untapped archaeological areas; two products that will attract foreign investors,” he revealed.

He explained that the Egypt’s SWF which is dubbed THARAA is currently forming three sub-funds for traditional and renewable energy, industry, and tourism, to be followed by others for agricultural and food industry sectors.

“The Gulf has a huge appetite for investment in the industrial sector in Egypt. We are currently building a database of all opportunities that the fund will offer to investors,” he added.

With regard to market exit procedures, Soliman stressed that all exit tools will be available to investors of the Fund.

Moreover, the Fund will be flexible when it comes to defining its shares in targeted companies for investment, whether minority, majority, or 50×50, which should assure investors.

During the roundtable, Soliman said the motive behind launching THARAA is to revive the inactive economic sectors and enhance investor confidence in the national economy through the state partnership represented in the Fund, which creates greater flexibility in overcoming obstacles related to obtaining licenses and transfer of ownership. It will also support the localisation of industry and technology to create added value within the national economy and increase employment.

Soliman also reviewed the investment policy and the objectives of the fund , as well as its role in stimulating investment. He also addressed the ownership transfer mechanisms of some EGP 50-60bn worth assets in the first phase of the Fund, whether permanent ownership transfer, usufruct, or management and consultancy contracts.

The authorised capital of THARAA is EGP 200bn; however, Soliman said it may be increased to EGP 1trn in the coming period.

With regard to the Fund’s investment portfolio, he revealed that, initially, it will not be less than EGP 50-60bn, so the issued capital should be increased to at least EGP 50bn.

The Fund’s capital is divided into cash and in-kind capital, and will be defined based on available opportunities, Soliman said.

He explained that there are some assets and entities that investors are interested in developing or managing, such as Tahrir Complex and Cairo International Fair Ground.

All asset portfolios are available to the sovereign fund, including those of the National Investment Bank, the Ministry of Public Enterprise Sector, religious endowments, non-performing portfolios of public banks, and public banks’ assets.

Cairo International Fair Ground is a sample of transferring assets to the sovereign fund, to be owned by a single entity, either through settlement with the state treasury, or through deducting their value from the authorised capital after being evaluated by credible entities.

One of the most important advantages of the Egyptian SWF to investors is offering an easy access to the asset they target.

“I appreciate those partners who approach assets that are difficult to access because of bureaucracy. The transfer of the assets to the fund shall be done through an executive decision by the Prime Minister, ratified by the president. But reaching this phase requires ensuring the economic feasibility of the investment in the target asset, and then get the approval of the fund’s Board of Directors and the Prime Minister,” he explained.

Soliman revealed that the studies of investment offers are carried out simultaneously. He said the fund is looking to acquire a stake in the three the Siemens / Orascom Construction / Elsewedy power plants power plants in Burullus, Beni Suef, and the Administrative Capital. As many as six investors have expressed interest in the transaction, including investment funds and individuals. He explained that the to-be-acquired stake will be transferred to the energy sub-fund, and then the rest of the equity in the plants shall be offered to investors under a 25-year power purchase agreement.

He added that a committee was formed between the Fund and the Egyptian Electricity Holding Company to choose a global financial adviser to the government in the deal, expecting the completion of the deal on the first power plant in less than a year.

He added that the fund’s holding of a stake represents a guarantee to the foreign investor on the government’s participation in risks and returns, provided that the investor performs thorough due diligence before the deal is concluded.

He noted that there is a possibility of offering the fund’s shares of its power plants on the Egyptian Exchange in a later stage.

As for tourism, Egypt has many archaeological sites that need development and economic exploitation. “We have several archaeological sites within and outside the capital especially after the movement of ministries to the New Administrative Capital, which will be put for different purposes under the framework of this fund,” he explained.

Soliman explained that there is a cooperation protocol with Ismailia Development Company to work on the development of some archaeological areas and buildings to revive them and increase investment returns, including parts of the Citadel area and Bab Al-Azab.

He pointed out that the law governing the Ministry of Antiquities allows the introduction of rights of use or management of some archaeological areas, which will be coordinated with the Ministry.

He pointed out that there are thousands of opportunities and archaeological areas that can be exploited or put to investors through partnership rights or management.

He explained that the fund will offer every investment opportunity to an archaeological area in the form of a joint stock company or a fund according to the duration of the beneficial or management contract.

The fund will also offer investment opportunities with different maturities to match the investors’ different demands and create an interactive market. The success of this story will reflect on investors and will expand further globally.