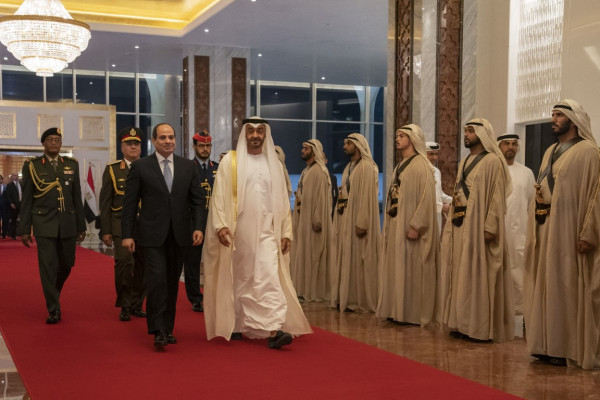 In his second official visit to the UAE in less than two years, Al-Sisi met with Sheikh Mohamed bin Zayed, Crown Prince of Abu Dhabi and Deputy Supreme Commander of the Armed Forces. The pair discussed the “brotherly relationship” between the two countries and ways to strengthen cooperation.

Al-Sisi was last in the UAE in February 2018 and the two countries have maintained close ties over recent years, working together on issues including the fight against terrorism.

In 2019, the two sides inked agreements in several areas, including housing, irrigation, trade, and industry, with further deals likely to be agreed to during this week’s visit.

The UAE considered “consolidating the brotherly relations with Egypt” to be a priority, Mohamed bin Zayed said during his visit to Egypt in May.

“The UAE’s support for the Arab Republic of Egypt has been a mainstay of the country’s foreign policy since the late Sheikh Zayed bin Sultan Al Nahyan, who was aware of the pivotal role and historical and political leverage of Egypt, and was cognisant of the fact that Egypt’s stability is fundamental to the security of all Arab nations,” he said at the time.