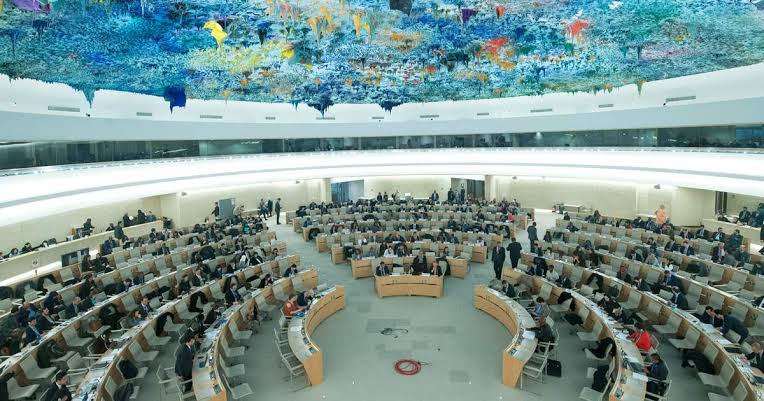 Egypt affirmed on Wednesday that it has no political prisoners, describing such claims as “erroneous and utterly contrary to reality.”

Marwan said that acts of terrorism, which the law punishes, are considered “political crimes.”

Marwan added that Egypt implemented a complete political map following the 30 June uprising in 2013 which included amending the constitution, electing a new president, and a parliament under full judicial supervision in elections that he said were “neutral and

During the session, the United Kingdom welcomed “Egypt’s steps to address violence against women, including adopting a national strategy for women’s empowerment.”

The President of the National Council for Women, Maya Morsi said during her speech in Geneva that Egypt made remarkable progress regarding women’s empowerment in the past six years, adding that this progress “is credited to the political leadership.”

The UK Mission to the UN in Geneva, Julian Braithwaite called Egypt to “strengthen protection and support victims of all forms of human trafficking, regardless of nationality.”

On the other hand, the UK also expressed its concerns over allegations of “restrictions on human rights defenders and political activists, including arrests, travel bans, and asset freezes.”

Meanwhile, the United States called upon Egypt to investigate allegations of “torture and forced disappearances” and to prosecute those responsible for these acts.

The US also urged Egyptian authorities to “release detainees who were held for exercising their rights to freedom of expression or association and ensure a fair trial for those remaining in detention.”

“While recognising the terrorism threat Egypt faces, we call upon the government to better counter threats by easing restrictions on freedoms of expression, peaceful assembly, and association, and by ensuring fair trial guarantees,” Daniel Kronenfeld, Human Rights Counsellor said on Wednesday.

The UN Human Rights Council is reviewing from 4 to 15 November the human rights record of 14 states including Egypt, Madagascar, Iraq, Slovenia, Kazakhstan, Angola, and Iran.

This is the first time in five years that the council reviewed Egypt’s human rights record.