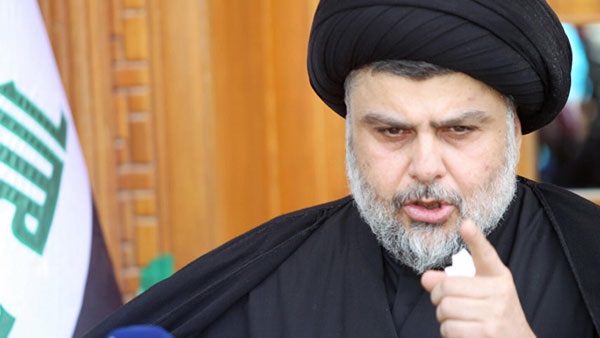 The leader of the Sadrist Movement in Iraq, Muqtada ِِAl-Sadr, said reforms introduced by the parliament are “false and fictitious” and do not serve the interests of the people, calling the parliament to perform radical reforms or quit.

His statement came on Wednesday while Iraq has been experiencing demonstrations for the past few months, while teachers and many other sects urged a general strike in Iraq.

Al-Sadr continued, “Iraqi demonstrations have achieved the most important victories in humiliating the corrupt, pointing out that the continued peaceful protests in Iraq will succeed the revolution, employees must declare the strike in support of the rebels in Iraq.”

Iraqi Prime Minister Adil Abdul-Mahdi said on Tuesday that the demonstrations are “a valuable opportunity to bring about reforms for problems that have been accumulating for a long time.”

“Corruption in the country did not appear during the past ten months, but began several years ago because of the conflict over the country’s oil wealth which weakened its real activities,” he said, pointing out that oil was always a matter of dispute, as many within the country and out have attempted to have shares of it.

The prime minister said that Iraqi crisis appeared after attempts by a number of “saboteurs” to clash with security forces, while the government had always tried to “contain the demonstrations and seek solutions.”

The president of Iraqi Kurdistan travelled to Baghdad on Wednesday for talks with senior officials just hours ahead of a special parliament session to discuss weeks of deadly anti-government demonstrations. The head of the United Nations’ mission in Iraq was expected to attend the legislative meeting in the afternoon as diplomatic pressure on Baghdad intensifies.