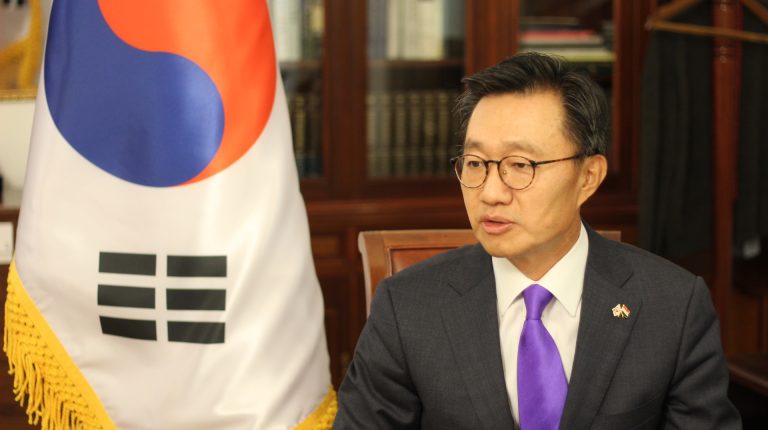 The Ministry of Communication and Information Technology agreed with the Korean embassy to Egypt on boosting joint cooperation in the fields of technology and creative industries over the second edition of the K-Creative Content forum which kicked off on Wednesday.

Korean companies are leading players in communication technology while Egypt enjoys a huge demand on this domain, the South Korean ambassador to Egypt, Yeocheol Yoon, mentioned during forum’s inauguration.

“Korean innovators are creating games, characters, and educational software to enrich the life of humanity in new ways that were hard to imagine until recently,” the ambassador noted.

For his part, Walid Gad, head of the IT industry chamber at the Federation of Egyptian Industries (FEI), mentioned that the first K-Creative Content held last year was very successful for Egypt in terms of sharing expertise and discussing new potentials for cooperation between both sides.

“We look forward to establishing a research centre in cooperation with Korean companies in Egypt benefiting from their huge experience in the field of information and communication technology,” Gad asserted.