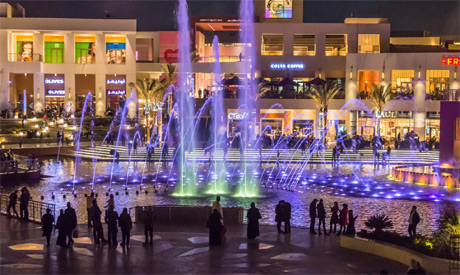 The Middle East Council of Shopping Centres and Retailers (MECSC+R), the largest regional organisation representing the retail industry in the Middle East & North Africa, granted Cairo Festival City Mall two different awards during MECS+R MENA Retailer Awards 2019 in Dubai.
Cairo Festival City Mall Arena was recognised for the unique stadium-like experience that it offered during the African Cup of Nations; meanwhile, the Spring Campaign was awarded for its positive impact on sales, traffic, and customer engagement while the Sweet Summer Campaign was also nominated for the same award.
This is the first time for a mall in Egypt to get nominated for three awards, not only that, but also granted two awards during the same year. This achievement shows Cairo Festival City Mall’s ability to continuously provide its customers with an enhanced experience and its determination to retain its position as a leader in the retail sector in Egypt.
“The retail industry in Egypt is growing exponentially and we want to support its promising development. The awards show the growing progress of the mall to become the top destination in East Cairo and the biggest cosmopolitan entertainment hub in Egypt,” stated Timothy Earnest, CEO of Al-Futtaim Malls.
Previously this year, the mall was honoured with BT100’s innovation award for Leading Performance in the Retail Sector.
Cairo Festival City mall, which serves a population of over 3.1 million, is expected to launch a new 22,143 square metre (sqm) expansion, ‘Festival Avenue’. The expansion will feature 120 shops, including 60 retail stores offering numerous international brands, 20 new food and beverage outlets and two brand-new entertainment concepts; providing an unparalleled shopping and lifestyle experience to New Cairo.
The (MECSC+R) is the largest regional organization that represents the voice of retail industry in the Middle East, North Africa.
Each year, the MECS+R MENA Awards celebrates hard-working and innovative retailers, shopping centres, and service providers who have achieved excellence in their field and provides an opportunity to showcase their business. The nominees included leading retailers in Egypt, UAE, Kuwait, Oman, Qatar, Saudi Arabia, Turkey, and Pakistan among others. Gold Winners of the Middle East and North Africa Shopping Centre Awards will be automatically submitted for the ICSC Best-of-the-Best Global “VIVA” (Vision, Innovation, Value, Achievement) Awards.
Topics: awards Cairo Festival City mall dubai