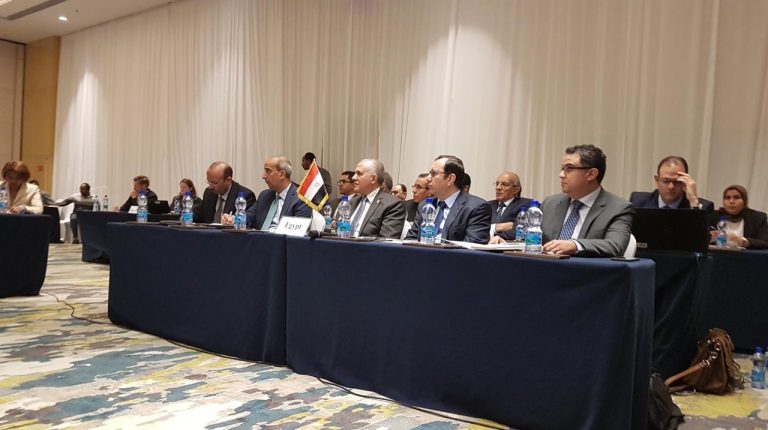 Egypt’s Ministry of Water Resources and Irrigation announced on Friday the launch of the first of four meetings concerning the Grand Ethiopian Renaissance Dam (GERD), with ministers of water resources and technical delegations from all countries involved in the talks.

With the participation of representatives from the US and the World Bank (WB), delegations from Egypt, Ethiopia, and Sudan have assembled for a two-day trilateral technical consultation meeting in the Ethiopian capital Addis Ababa to address the problematic issues regarding the filing period of the GERD’s reservoir.

During the meeting, the Egyptian Minister of Water Resources and Irrigation Mohamed Abdel Aty said that Egypt welcomes the participation of representatives of the US and the WB for the first time in these negotiations. He affirmed Egypt’s commitment to reach a fair and balanced agreement for the benefit of the peoples of the three countries.

The first day of the meeting included each country presenting their preferred plans for the filling and operation of the GERD.

The meeting came after another one mediated by the US in Washington on the sixth of November when foreign ministers from each of the concerned countries gathered in the presence of WB representatives. The negotiations led to an agreement to announce a two-month negotiation time to finalise the filling period, with the participation of the WB.

For his part, the Sudanese Minister of Water Resources Yasser Abbas said that the three countries have exerted great efforts during the negotiation rounds, stressing the need to have good faith in the negotiations in order to reach an agreement.

Ethiopian Minister of Water, Irrigation, and Energy Seleshi Bekele said, “the ongoing meeting is vital…it would enable the three countries to facilitate discussions on filling and operating the GERD in accordance with the declaration of principle {agreement} to ensure equitable utilisation of the Nile Water.”