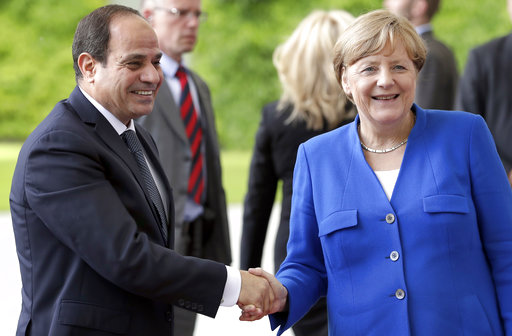 Egypt’s President Abdel Fattah Al-Sisi discussed the Libyan crisis along a number of international and regional files, during a phone call with German Chancellor Angela Merkel on Friday.

The two sides exchanged views on a number of international and regional issues, particularly the situation in Libya, said the presidential spokesman Bassam Radi.

During the call, Al-Sisi affirmed Egypt’s firm strategic position towards the Libyan crisis, which is to restore the Libyan national institutions, end the spread of criminal groups and terrorist militias, give the highest priority to combating terrorism, and put an end to illegal foreign interference in the Libyan affairs.

“The will of the brotherly Libyan people must be realised and acted on to meet their aspirations for the return of stability in the country, and start the process of comprehensive development throughout the Libyan territory,” Al-Sisi asserted.

Both leaders further discussed a number of issues related to bilateral relations, in light of the growing level of those relations between the two countries in recent years.

For her part, Merkel stressed Germany’s keenness to develop joint cooperation with Egypt in various fields, and Al-Sisi also expressed his aspiration to continue pushing forward the distinguished relations between the two countries at various levels.