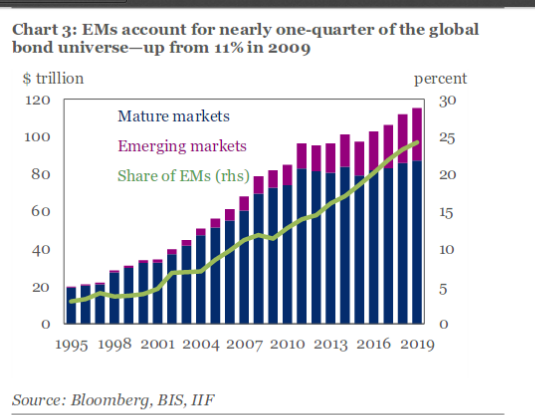 Meanwhile, the state’s household debt to GDP remained unchanged at 7.1% in the 2Q of 2019, compared to the same period last year.

The IIF`s report showed that the global debt is projected to hit $255 trn by year’s end, spurred by looser financial conditions.

“China and the U.S. accounted for over 60% of the increase,” the report revealed.

Among emerging markets, the report declared that, Chile, South Korea, and Argentina have seen the greatest increases in debt year-over-year.

“State-owned enterprise (SOE) now account for over half of the emerging markets non-financial corporate debt,” according to the IIF.

“$9.4 trn in EM bonds/syndicated loans will come due through end of 2021,” according to the report.