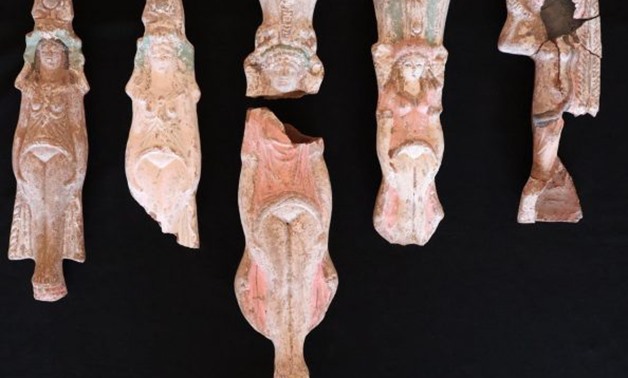 At the enriching Saqqara necropolis, ancient Egypt families were not the only cohorts tempted to grave their glory and bury their individuals and groups beneath the ground, surrounding them with decorated walls, praying inscriptions, and personal belongings. Archaeologists recently discovered used Roman land where they buried their dead, making it the first catacomb from the Roman era to be discovered at the necropolis.

A few days ago, an Egyptian-Japanese mission discovered the first Roman catacomb in Saqqara dating back to the first or second century AD on the eastern side of Saqqara.

The director of the mission Nozomu Kawai of Kanazawa University in Japan, told Daily News Egypt, that the importance of this discovery lies mainly in the fact that it is the first Roman sepulchre found in the area. 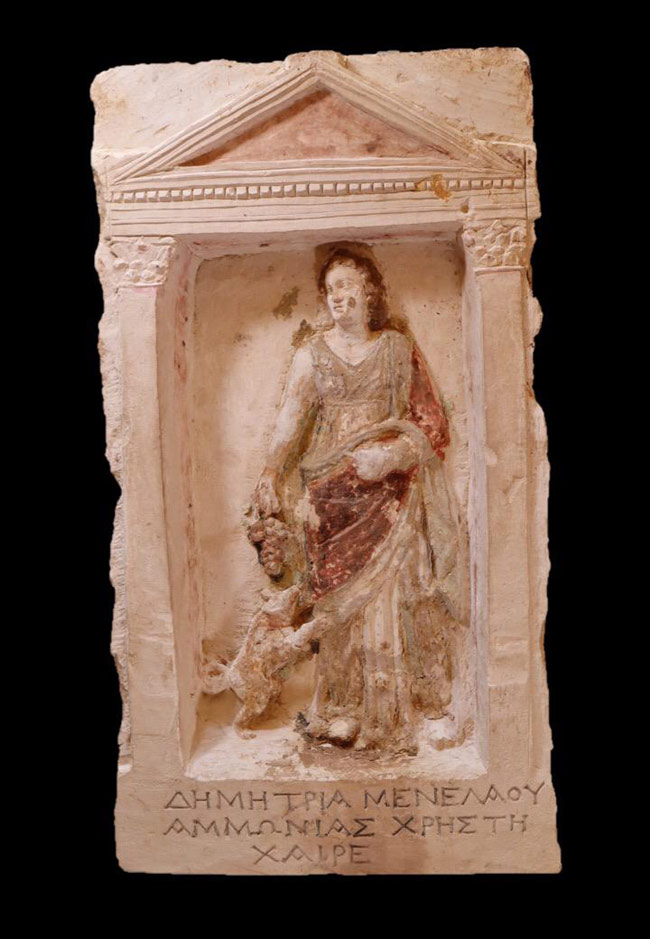 The mud brick catacomb consists of a stair entrance that leads into the burial chamber made of limestone, as well as a niche that displays statues for Sokar, Thoth, and Anubis with Roman inscriptions depicted beneath.

The chamber contained a number of human burials that were mummified. Outside the catacomb, a number of brick burials with inscriptions that date back from the Roman period to the Coptic period, as well as a mud brick that is believed to date back to the Old Kingdom.

The mission also unearthed a stele with Greek inscriptions, which Kawai believes was reused and the inscriptions were added later.

According to state-media outlet, Al-Ahram, “In front of the stele, five terracotta figurines of Isis-Aphrodite, Roman ramps, and small pottery vessels were found. The mission also found a pair of symmetrical guardian lion statues made of limestone, each one measuring 55cm in length, 33cm in height, and 19cm in width.”

Kawai explains that the discovery revealed essential elements that lead them into exploring more of the Roman era culture, and connects a number of dots to have a wider image of Roman lifestyle at the time.

“Generally, the culture in Upper Egypt during the Roman period retains more traditions from the Pharaonic period. The material from our discovery of the Roman catacomb at Saqqara suggests that Greco-Roman influence was stronger in Memphis than the contemporary Upper Egyptian culture,” he explained.

The area, in which the catacomb was discovered, was never excavated before. The mission’s discovery saw the light in a coincidence, as Kawi was in process for looking for something else.

“Originally, I was looking for the New Kingdom Cemetery at North Saqqara as I am an Egyptologist majoring in New Kingdom Egypt. After conducting surveys in this area for two years, we have concluded there may have been the rock-cut tombs in the eastern escarpment of the North Saqqara plateau,” he asserted.

The survey led the mission into excavating at an “area that has never been explored by any archaeologist in the past”, only to discover the first catacomb of its kind in the necropolis.

The excavation will continue around Saqqara for further discoveries.

“We just found the tomb chamber last season. We hope we find more archaeological evidence that will explain the funerary religion in Memphis during the Roman period,” Kawai concluded.

On a similar note, the Egyptian Ministry of Antiquities announced that an Egyptian mission found another huge discovery within the same area of Saqqara necropolis in which the remains of huge cats were unearthed.

The discovery, which took place at the Bubasteion archaeological site, is to be fully announced by the end of November. However, the ministry stated on its Facebook page that Minister Khaled Anany visited the site on Thursday in order to follow up with the discovery’s latest updates.