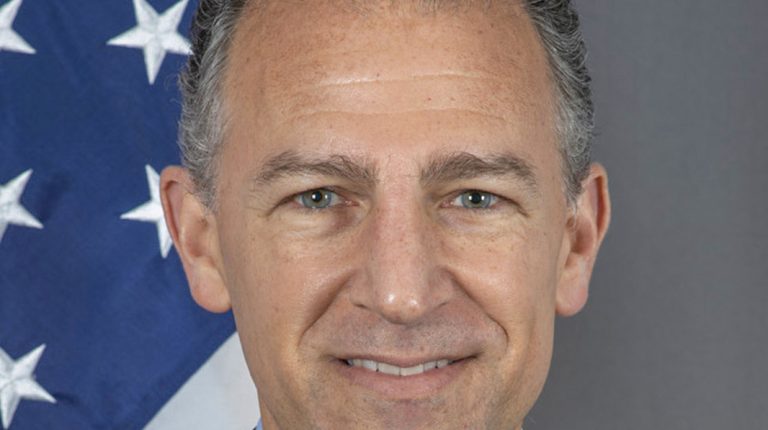 The new US ambassador to Egypt, Jonathan Cohen presented his credentials at the Ministry of Foreign Affairs on Sunday after he was sworn in as ambassador to Egypt on November 14 2019, the US embassy announced in an official statement.

From 1 January 2019 until 10 September 2019 he served as the Acting Representative of the US to the United Nations and before that as Deputy Representative to the UN.

Previously, he served as the Deputy Assistant Secretary of State for European and Eurasian Affairs covering Cyprus, Greece, and Turkey, and as Deputy Chief of Mission of the US embassy in Iraq, the statement added.

The new ambassador was also Acting Deputy Chief of Mission of the US embassy in France and prior to that, Minister Counselor for Political Affairs there.

He also served as Deputy Chief of Mission at the US embassy in Cyprus and as Counselor for Political-Military Affairs at the US Embassy in Italy.

Earlier in his career, he was the USAID Coordinator and Economic Officer for the West Bank at the US Consulate-General in Jerusalem, and Consular/Refugee Affairs Officer at the US embassy in Thailand.

He graduated with a BA in Politics and a certificate in Near Eastern Studies from Princeton in 1985, spent 1985-1986 at Hebrew University in Jerusalem on an Israel Government Grant, and attended Georgetown University’s Masters of Science in Foreign Service Program in 1986.  He and his wife, Lidija Cohen, have two daughters. His hometown is Laguna Beach, California.

He speaks French, Swedish and Italian, some Hebrew and is working on his Arabic, mentioned the statement.