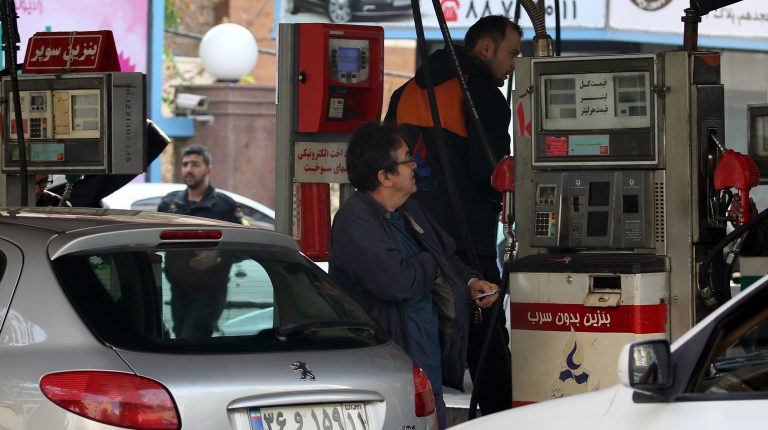 One person was killed in the Iranian city of Sirjan during protests that erupted after President Hassan Rouhani’s government imposed gasoline rationing and price hikes of around 50 percent, Iranian Students’ News Agency (ISNA) reported on Saturday.

“One person was killed in Sirjan but … we are investigating whether he was killed by security forces trying to bring back calm to the city,” ISNA quoted local official Mohammad Mahmoudabadi.

Demonstrations in several cities erupted against the Iranian government’s decision to increase fuel prices by 50% and cut subsidies on Friday, in a new move aimed at reducing costly subsidies that have resulted in an increase in fuel consumption and rampant smuggling operations.

Without prior warning, the decision was issued by the Supreme Economic Coordination Council, which includes the president, the president of the Shura Council, and the head of the judiciary.

State television said the price of a litre of regular gasoline was raised to IRR 15,000 from IRR 10,000, and the monthly ration for each private car was set to 60 litres. Additional purchases would cost IRR 30,000 per litre.

Due to its heavy subsidies and currency fall, Iran has some of the world’s cheapest fuel prices.

Hundreds of people protested against the price hikes in areas including the north-eastern city of Mashhad, the south-eastern province of Kerman, and the oil rich province of Khuzestan, the semi-official Fars News Agency reported.

Protests require prior approval from Iran’s Interior Ministry, as authorities routinely allow small-scale demonstrations over economic issues, especially as the country has struggled with currency devaluation. No arrests have been reported yet.

On Friday, an online video showed protesters in Ahvaz, the capital of Khuzestan, urging drivers to disrupt traffic and shouted, “Honourable Ahwazis, turn off your engines”.

Demonstrations were greater in the city Sirjan where “people attacked a reservoir of fuel in the city and tried to burn it”, but the police intervened to stop them.

In December 2018, President Rouhani tried to increase fuel prices, but the Shura Council blocked the adoption of the resolution while shaking the country’s unprecedented demonstrations, caused by the imposition of austerity measures.

Iran has long suffered economic problems since its 1979 Islamic Revolution cut off,  decades-long relationship with the US, and eight-year war with Iraq in the 1980s.