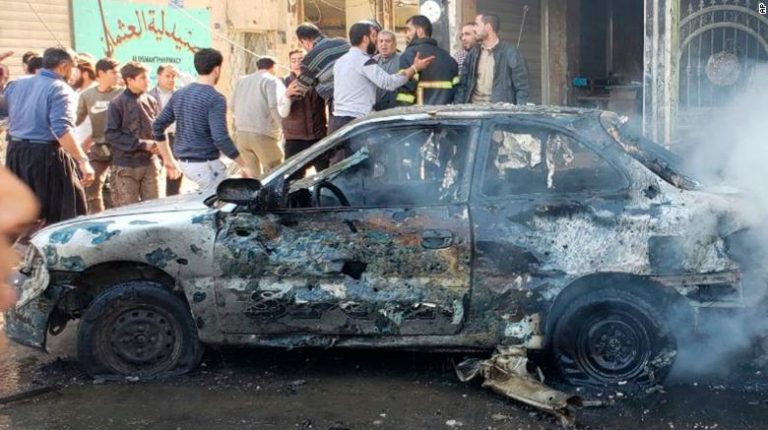 The citizens of Al-Bab city in northern Syria went on general strike on Sunday, provoked by a car explosion that occurred on Saturday and killed 19 and injured dozens, said the Syrian Observatory for Human Rights (SOHR).

Although no faction has claimed responsibility for the bombing, Turkey’s Ministry of National Defence accused on Saturday Syrian Kurdish fighters of carrying out the attack in Al-Bab.

The city was sized in the 2016 offensive by the Turkish-backed Syrian National Army. (SNA) According to the Turkish Anadolu news agency, the bombing killed 18, injuring 30 others, while damaging several cars and buildings.

In a statement on Twitter, the ministry accused the Kurdish YPG for the car explosion saying, “Inhumane and uncivilized PKK/YPG terrorists continue to target innocent civilians using the same methods as DAESH (Islamic State).”

Moreover, the Commander-in-Chief of the Syrian Democratic Forces (SDF), Mazloum Abdi hailed Egypt’s support for Syria against the Turkish offensive.

Abdi said in a tweet that the Kurdish SDF thanked Egypt for supporting Syrian citizens against the Turkish aggression which aim’s for demographic change in southern Syria.

His tweet came after a ministerial meeting in Washington, in which the Egyptian Foreign Minister Sameh Shoukry warned that violating the Syrian sovereignty would lead to serious repercussions.

During Friday’s meeting, Shoukry also asserted that Egypt is committed to supporting both Iraq and Syria in their efforts to achieve stability.