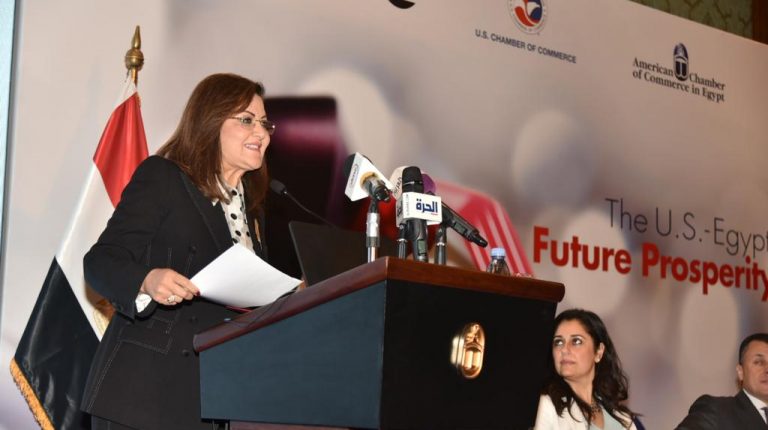 She added that the $20bn worth strategic partnership between the Egyptian fund and the UAE will be pumped into projects over 7-10 years. The selection of potential projects will immediately start, and the implementation will be through different stages, she further added.

The minister’s remarks came after her participation in the US-Egypt Future Prosperity Forum on Monday.

Al-Saeed highlighted Egypt’s journey towards economic reform in the last five years, stressing that the country started to reap the fruits of economic reform achieving more than 5.5% GDP growth.

“We should take into account a comprehensive view of all the variables and challenges that have shaped our working environment,” she said.

The precise assessment of the magnitude of the achievement is measured by the magnitude of the challenge, she mentioned, noting, “we have all witnessed the major political, economic and social changes that Egypt has experienced in recent years mainly from January 2011; leading to both financial and monetary major structural imbalances.”

All these challenges had their negative impact on the economy leading to the decline of most of the macroeconomic indicators as well as the decline of the growth rates to the lowest level since 2012/2013 by about 1.8%, which is far below the rate of population growth. Achieving a proper economic development requires sustainable economic growth, she said.

Economic growth should be at least twofold the population growth rate, she added, noting, “all this should be coincided with increasing unemployment rates, especially among youth and women.”

In recent years, these challenges facing the Egyptian economy were amplified by regional and international political and economic variables in the Arab region and neighbouring countries, she added.

In addition to the continuing international economic turmoil and its negative implications on economic growth and global trade, that negatively affected the emerging economies, she said.

“This had us determined to intensify serious and continuous work. A work that is based on comprehensive planning and an ambitious vision for the future,” the minister added.

Egypt developed the “Strategy for Sustainable Development: Egypt Vision 2030” that was launched by the government in February 2016, representing the national development agenda of the UN sustainable development goals (SDGs) as well as the general framework governing the plans and programs of action for the coming years, she noted.

Moreover, the government of Egypt has ensured that the preparation, formulation, implementation and the ongoing update of this vision will be done in a participatory manner that involves the private sector, civil society and all stakeholders; with particular attention to the role of both youth and women in development, she asserted.

The successful implementation of the National Programme for Economic and Social reform, which began in November 2016, brought about the implementation of several reforms by the Egyptian government to achieve macroeconomic stability, inclusive and sustainable growth, she asserted.

Both fiscal and monetary policies have been disciplined by restructuring some sectors, notably the energy sector, liberalizing the exchange rate, improving the investment climate, with the aim of increasing competitiveness, restoring investors’ confidence in the Egyptian economy, and stimulating private-sector-led economic growth as a major partner of government in development, she mentioned.

Furthermore, several legislative and institutional reforms have been implemented by issuing a bundle of laws and legislations such as: the new Investment Law, the Industrial Licensing Law, and others.