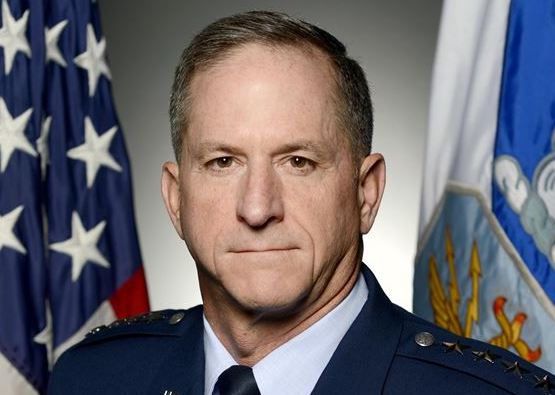 Chief of Staff of the United States Air Force General David L. Goldfein said on Saturday that he expects a close solution for the Gulf crisis between Qatar in a side and the United Arab Emirates, Saudi Arabia, and Bahrain on the other side, calling on the parties to unite their military capabilities amid rising tensions with Iran.

Goldfein’s statements came just a week after Saudi Arabia, the UAE, and Bahrain announced their participation in the regional football tournament Gulf Cup hosted by Qatar, in a step described by observers as a sign that the row may be easing.

He further explained in an interview with Reuters that he hopes the Gulf rift ends soon if the parties reached a political solution.

On 5 June 2017, Egypt, Saudi Arabia, the United Arab Emirates, and Bahrain cut their diplomatic and travel ties with Qatar. The four Arab governments accused Qatar of supporting terrorism, seconding Iran, disturbing security and stability in the region. Yet, Doha denies all charges.

Goldfein urged the Gulf states to resolve their differences and work together to address the threats that “Iran posed to their security”.

“When a missile or drone is launched from Iran, it will not be the right time to settle the complaints of the past. The right time is now, today,” he said before a conference for air force commanders in the UAE.

The US commander also noted that no country has everything they need to defend itself on its own. “But together we have everything we need for collective defence,” he added.

Referring to Iran, Goldfein stated that the US and the Gulf states are facing the same enemy. He emphasised the principle of collective security, pointing out that the best chance to defend the UAE would be from Qatar or from neighbouring Oman.