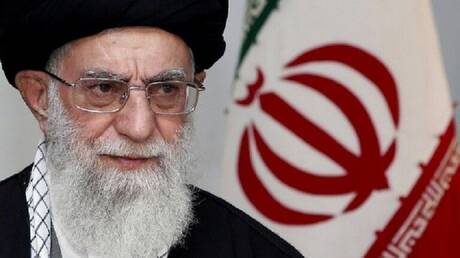 Demonstrations continue in several Iranian cities for the third day against the Iranian government’s decision to increase fuel prices by 50% and cut subsidies, with security forces attacking protesters in some locations. According to the government, the move aimed at reducing costly subsidies that have resulted in an increase in fuel consumption and rampant smuggling operations.

Fazli said that until now authorities showed tolerance toward protesters, however, several unofficial media reports said that around nine people have been killed in the protest, while online videos showed violence against protesters.

“Until now we have shown tolerance toward these individuals…but today a really small number engaged in activities in some cities that we decided if this issue continues, despite self-control, police and security forces will discharge their duty,” the minister said, noting that the ministry made several warnings and did not expect the situation to reach this point.

“We expected this issue to be settled when people express their opinion and protest, but a small group misused public atmosphere, creating intimidation, fear, discomfort, and suffering for people,’ he continued.

Fazli asserted that protests should be organised in accordance to the law and the situation happening in the country is not in favour of any party.

During past protests in 2009, 2017, and 2018, Iran has shown that it is ready to use violence and kill demonstrators to end any public opposition to its policies.

The Iranian ministry of interior said that it was able to identify “the leaders of the rioters in the past two days and whoever puts the security of citizens at risk will be dealt with decisively.”

Iranian news agency reported a wide number of arrests reaching more than 100 protesters in a number of cities, including Mashhad, Sari, and Yazd. Authorities arrested protest leaders in the north-eastern city of Mashhad, the Fars news agency said.

Additionally, the public prosecutor in the city of Yazd announced the arrest of 40 people following protests on Saturday, pointing out that the majority of them are from outside the city.

The deputy governor of the western city of Lorestan also said that a number of rioters were arrested in the city on Saturday.

Also on Sunday, Iran’s supreme leader Ayatollah Ali Khamenei praised the government’s decision to raise gasoline prices, saying that he is not an expert in this field and the opinions of experts vary, but he supports the decision of the heads of the three authorities including the executive, legislative, and judicial.

Khamenei pointed out that the heads of the three authorities made their decision based on careful studies and therefore must be implemented.

The three Iranian authorities took the decision after consultation during the meeting of the Supreme Economic Coordination Council during an emergency meeting the council held on Saturday. They stressed the need for cooperation between them to implement a plan to ration and raise gasoline prices, and called on all institutions to implement them fully and successfully, despite the wave of violent protests in most Iranian cities.

The three authorities explained that the goal of the plan is to “create social justice for 60 million low-income Iranians, combat fuel smuggling, reduce corruption, and manage fuel consumption.

Khamenei described protesters who have been involved in damaging properties in country as “thugs”, saying, “Setting a bank on fire is not an act done by the people. This is what thugs do.”

He added that some people died, and some centres were destroyed without elaboration. Accordingly, he ordered security forces “to implement their tasks” and for Iran’s citizens to keep clear of violent demonstrators.

He continued that “Such illegal actions would not solve any problem but add insecurity on top of other problems,” Khamenei said, adding “Lack of security is the biggest calamity for any country and society. That is what they are looking for.”

The protests have put renewed pressure on Iran’s government as it struggles to overcome US sanctions strangling the country’s economy since President Donald Trump unilaterally withdrew America from Tehran’s nuclear deal with world powers over a year ago.