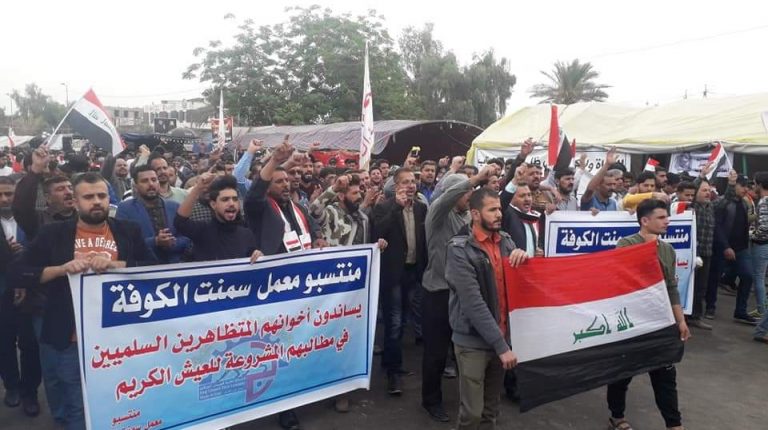 Najaf police chief Brigadier General Ghanem al-Husseini said, “The safety of the demonstrators is our first concern, and it’s our national and humanitarian duty to protect them with our lives and blood,” the Iraqi News Agency reported.

Supporting the mass anti-government protests, which gripped Iraq for the fourth week in row, the students in Al-Qādisiyyah governorate went on a general strike.

Saturday had also witnessed another bomb explosion in New Baghdad district, one day after the deadly explosion in Baghdad’s Tahrir (Liberation) Square, which killed at least two, and wounded 12 others.

Although Saturday’s bombing was caused by explosive substances which were placed near to an official’s house, the explosion did not cause any casualties.

In addition to occupying Baghdad’s Tahrir Square since 24 October, the protesters had also regained control of Sinak bridge, leading to the Green Zone where the prime minister’s office and foreign embassies are based, after security forces retreated from a key area where they had clashed with protesters, said AFP.