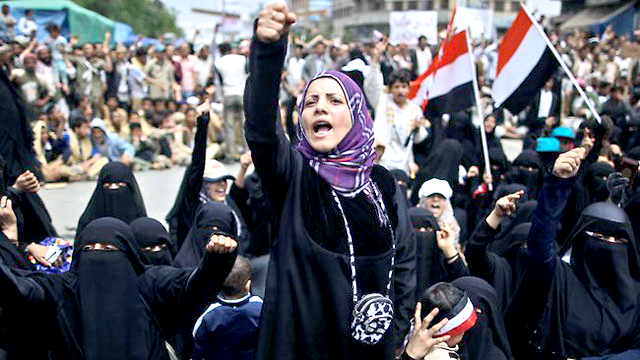 The League of Arab States (LAS), in collaboration with the United Nations Development Programme (UNDP) and the European Union (EU) as a funding partner is convening a Ministerial-level Conference to shed light on the role of women in post-conflict contexts.

Participants will exchange experiences, lessons learned, and best practices at national, regional, and international levels on the promotion of women’s rights in societies affected by conflict, according to the UNDP.

As Yemen, Syria, Libya, and Iraq, among other countries in the region face increasing fragility due to ongoing conflicts and crises, the conference will discuss regional trends of women’s social, economic, and political participation. It will also examine opportunities to enhance their effective engagement in peace processes and exchange their perspectives on the means of reinforcing women’s capacities in post conflict settings.

The conference will be held on 20 and 21 November 2019, with the participation of the Head of EU Delegation to Egypt Ivan Surkoš, Executive Director of the Women Initiative for Sustainable Community Development Amina Hassan Ahmed, LAS’s Assistant Secretary General and  Head of Social Affairs Sector Haifa Abu Ghazaleh, ambassador of Sweden to Egypt Jan Thesleff, President of the National Council for Women in Egypt Maya Morsy, in addition to other senior experts.

Moreover, the Swedish embassy hosted an event in conjunction with the EU delegation to Egypt to launch the EU Gender Champion initiative on 14 October.

The EU pays great importance to supporting the stability of the social economic development in Egypt, openness of the society, and the inclusion of civil society organisations to face the challenges of the country, Surkoš noted, assuring that women can play a key role in boosting the economy.

Surkoš mentioned that the EU Gender Champion initiative is being financed through the resources of the EU delegation and the embassy of Sweden. “This initiative isn’t a new programme that needs major funding. It’s an activity of the EU ambassadors in Egypt to highlight the role of women,” he added.