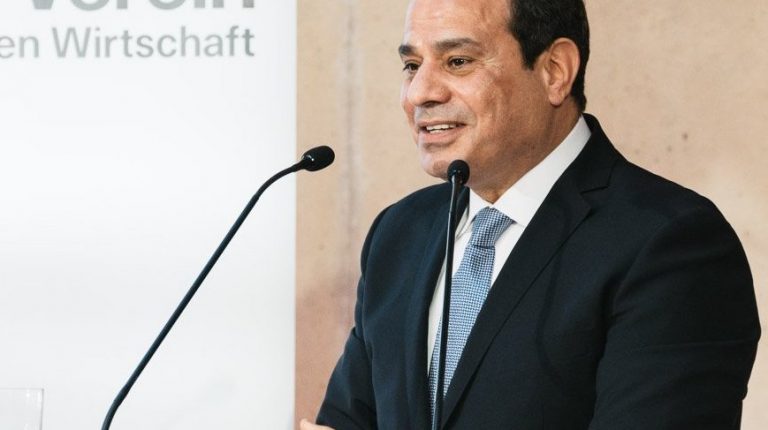 President Abdel Fattah Al-Sisi stressed the importance of attracting investments in Africa’s overall development due to its positive impact and associated employment, technology transfer, and capacity building, as well as confidence in the overall economy.

The president pointed out during his speech on Tuesday at the un-official summit on investment in Africa in Berlin, Germany, that African countries will be the most affected by the continuing negative developments in the world economy, especially when taking into account the existing challenges.

These challenges include fighting poverty and endemic diseases, addressing the phenomenon of climate change, debt burdens, migration, and others, which require the international community to provide all possible support to the countries of the continent to meet those challenges.

“Our African continent has the potential to become one of the drivers of global economic growth and is one of the most prominent destinations for investment activities. It is also one of the fastest growing regions, accompanied with the high growth rate of intra-trade and the growth of foreign direct investment flows,” said Al-Sisi.

He further explained that Egyptian-German relations are an example for political coordination and consultation, and for building economic and trade partnerships based on mutual interests and benefits. On one hand, Egypt provides tremendous investment opportunities due to its proven results in terms of economic reform, in addition to providing a gateway for access to other continents and regions. On the other hand, the German side, with its distinguished financial and technological expertise and capabilities, is a trusted strategic partner.

On Monday, Al-Sisi discussed bilateral relations between Egypt and Germany in a meeting with his German counterpart Frank-Walter Steinmeier, at the Presidential Palace in Berlin.

The President held extensive talks with Steinmeier and praised the Egyptian-German relations in recent years, according to a statement from the Presidency Spokesperson Bassam Rady.

During the meeting, Al-Sisi expressed Egypt’s aspiration to deepen and strengthen its relations with Germany, especially in the economic and commercial levels by maximising the volume of German investments in Egypt.

Germany is one of Egypt’s most important partners in the European Union. The statement said that there is a great opportunity for the German side to be present in the Egyptian market to benefit from the modern infrastructure and improvements of the business climate.

The meeting addressed a number of regional and international issues of common concern, particularly the Libyan and Syrian crises, as well as the Palestinian Cause, on which both sides agreed on the necessity of reaching a fair and comprehensive solution to, according to international references.

Steinmeier also praised Egypt’s pivotal role in stabilising the Middle East and Africa, particularly in the fight against illegal immigration and terrorism, promoting coexistence among believers of religions, and supporting peaceful solutions to crises in the MENA.