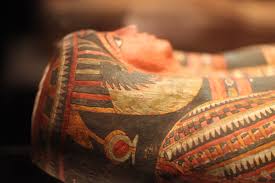 While the ancient Egyptians believed in the sanctity of afterlife, their coffins expressed those beliefs in the most heart capturing, mesmerising way. The Pharaonic coffins’ alluring colours, the sharpness of their details, and their perfectly shaped designs summed this civilisation’s glorious eminence.

With the aim of presenting a deeper look into the world of fascinating ancient Egyptian tombs, the Bibliotheca Alexandrina (BA) held a workshop for 40 museum curators and conservators. Under the title “Understanding Ancient Egyptian Wooden Coffins”, the workshop provided participants with a practical training on the examination, carpentry, and construction of ancient coffins.

The workshop took place at the BA, in cooperation with the Fitzwilliam Museum at the University of Cambridge in the United Kingdom, and the museum sector at the Ministry of Antiquities.

Held with the participation Helen Strudwick, an Egyptian antiquities associate curator at Fitzwilliam Museum; Julie Dawson, head of Conservation at the Fitzwilliam Museum; and several Egyptian curators and conservators at the Ministry of Antiquities, the two-day workshop focused on covering all aspects of coffin making at ancient Egyptian’s various Dynasties. 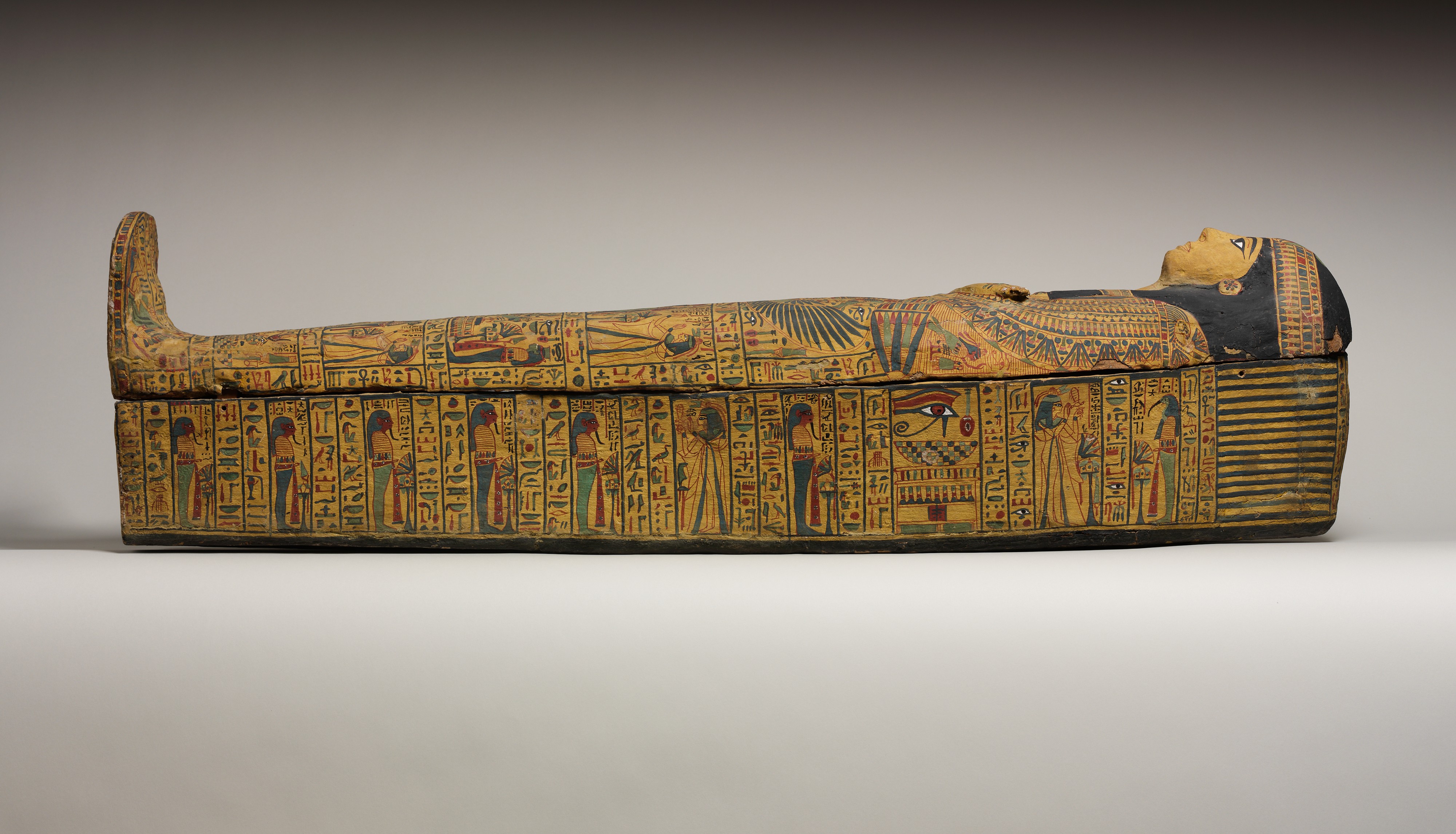 From the shaping of the wood, until the final decoration touches that are drawn with the vibrant use of self-made colours, the workshop took participants into a journey across time when the glorious era of human evolution shaped the history into recognising the most illustrious civilisations.

The training targeted providing Egyptian archaeologists with the chance to explore the techniques the ancient Egyptians used in making coffins out of raw objects. It also aimed to provide them with the needed skills to discover the traces of these tools, and the capability of identifying different types of coffin construction. Moreover, it discussed the techniques that can be used to examine coffin construction from a technological and Egyptological point of view as well as exploring the materials and techniques for decorating coffins.

“The reason of which we are focusing particularly on coffins is because we have been working on such project at the Fitzwilliam Museum for about five years, in which we have been carrying out an in-depth research about coffin making, leading us to explore much details about the field,” Strudwick told Daily News Egypt.

The training included a detail description on the wood types that were used in coffin making, as each type requires a certain treatment in order to be ready to draw and engraved on.

A part of the lectures was dedicated not only to introduce participants to the tools used by carpenters throughout different Dynasties, but to also gave them the chance to use them on their own in order to understand the techniques of cutting, shaping, and smoothing the coffins. These techniques were considered a technology leap at the time.

From Strudwick’s point of view, the more people got to know about the struggle carpenters had, the more they get to appreciate some of these amazing objects that they see all the time in the museums in Egypt.

“When they [participants] witness the process of turning wood into coffins, they get to understand the ancient Egyptian handicrafts talents, and the ways they smartly overcame the challenges,” she explained.

For decades, Strudwick had had her heart captured to Egyptology. Nonetheless, that never prevented her from falling even deeper for the coffin making industry for as she got to “personally witness the human touches in it.”

“When you see the finger prints of the carpenter who held a certain coffin before it was still wet, you feel connected to the people of that era more as humans, not just the skills of the extremely talented minds who came up with things way before any other civilisation did,” she explained.

Following the same path is also Dawson, who believes that digging more in the field of coffin studying makes you see another hidden perspective of the ancient Egyptians.

“For most us, these people [ancient Egyptians] seem quite remote. However, getting in depth of the stages of coffin making make you understand their struggles with the materials, the mistakes that they did and the things they had to do in order to fix those mistakes. This gets you close to them as you start connecting yourself to them as a human being who does mistakes every day,” she described.

The colours used in decorating the coffins were among the discussed topics of the workshop. Throughout their presentation, both Dawson, and Strudwick discussed their experiences in coming with colours similar to the ones ancient Egyptians used in their coffin decorations.

“They had a wide use of colour palate, and through a number of experiences, we discovered the long process they went through to reach for colours such as Egyptian blue,” Dawson said in her lecture.

The Egyptian blue is a colour coming out of mixing silica, lime, copper, and an alkali. The components are mixed together undergoing 850 °C heat for over 100 hours in order to bring it out. However, if the same components are mixed under higher heat, from 100-120°C, they bring the colour green.

According to both scientists, Egyptology is one of the rare sciences that have evidence left for people to examine decades after the absence of their creators, something that does not exist in many other cultures like Northern Europe.

“It is just fascinating how they came up with their own colours, and the techniques that made them stay still after all these decades,” Dawson said, adding, “It is a special and extremely extraordinary to be able to hold a piece of wood that is thousands of years old, and can seem like a piece of wood that was cut down and treated yesterday with its shape and colours. There is no culture that can provide researchers with such a thing but the Egyptian culture.”

Hussein Abdel Bassir, the director of BA’s antiquities museum, said that the coffin science in Egypt lacks the proper attention and acknowledgment. Archaeologists instead are still focusing on the human ties between dynasties to facilitate the evidences they have about their death reasons, mummification, and burial locations.

This is presented in the Egyptologists awareness of the tiniest details of the ancient Egyptian families through examining and researching their mummies. However, they still miss the latest technologies in coffin studying part.

From Abdel Bassir’s point of view, that the main goal behind this workshop is develop the archaeologists working in number of museums in Alexandria in order to explore the latest techniques in the field of coffin science, parallel to their knowledge in antiquities, dynasties families and mummification.

This is to be applied in the documentation of coffins construction in Egypt, in order to explore more about that ones that have been reused, and others that have similar construction types.

“This does not deny the archaeologist human calibre is quite unique in Egypt, we are just aiming to complete the missing parts of the image in order to have a fully experienced human calibre in our museums,” he added.

The Egyptian Museum: a timeline of history