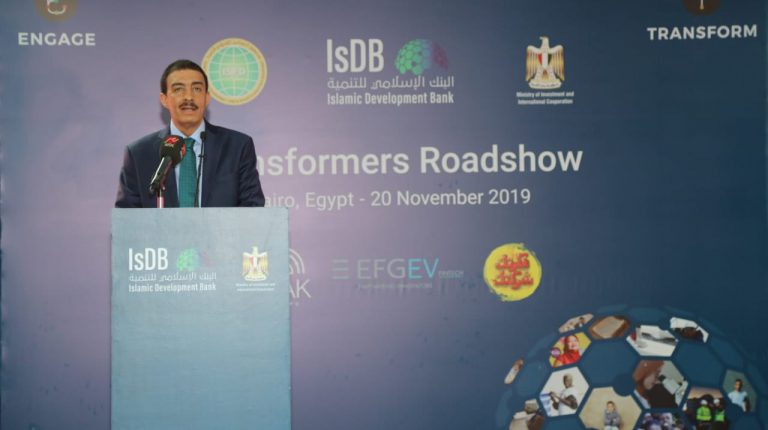 The Islamic Development Bank (IsDB) Group expressed its support for Egypt’s efforts toward development, asserting the importance of paying greater attention to the Egyptian youth as they are the main engine for Egypt’s economic development.

On Wednesday over the inauguration of the seventh edition of “transformation pioneers” competition that the IsDB sponsors, IsDB Group’s President Bandar Hajjar illustrated that IsDB’s five year strategy will focus on supporting youth to establish an integrated system for science and technology

IsDB will invest in establishing new start-ups in Egypt as part of the country’s plans to invest in human capital, Hajjar added.

The IsDB allocated $500m to support science and technology, Scientific Advisor to IsDB’s President Hayat Sindi mentioned over her speech, noting that supporting Egyptian youth is one of the IsDB priorities in Egypt.

The group’s total funding in Egypt is at $1.1bn in 341 projects, according to the banks’ official website, adding that Egypt joined the IsDB in 1974 as one of its founders. Since then, the bank’s involvement in Egypt has focused on fostering sustainable and inclusive economic growth and poverty reduction through financing projects in infrastructure, supporting youth employment, and creating job opportunities.

The majority of the Egyptian population is young with approximately 33% falling in the 0-14 age group and 62% in 15 to 64 group.