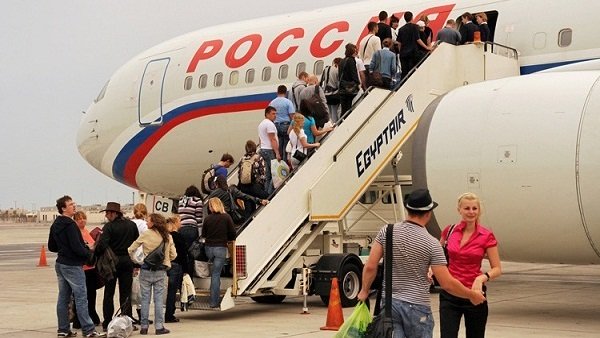 The deal to resume direct flights from Russia to Egypt’s Red Sea resorts has been delayed until next year, Russia-based news agency Interfax said recently.

“Egyptian airports, despite the renovations, still do not meet Russian safety standards,” the agency quoted a source, but pointed out that Egypt has done extensive work to reinforce security systems at airports in Hurghada and Sharm El-Sheikh.

He added that Russian aviation security experts who visited the airports were questioned about the adequacy of the measures taken, and that the Egyptian side had selectively complied with Russia’s requests for security standards for Russian nationals.

Earlier, Russian Deputy Minister of Transport, Alexander Yurchik, said that the resumption of charter flights between Russia and Egyptian resorts depends on the Egyptian side.

Russia resumed regular flights between Moscow and Cairo in April 2018, but the resumption of charter flights is still pending.

Since the halt of air traffic between Russia and Egypt at the end of 2015 following a terrorist attack against a Russian aircraft that killed 224 Russian passengers on board, both sides have announced several dates for the resumption of charter flights between Russia, Sharm el-Sheikh, and Hurghada, but the issue is still pending.