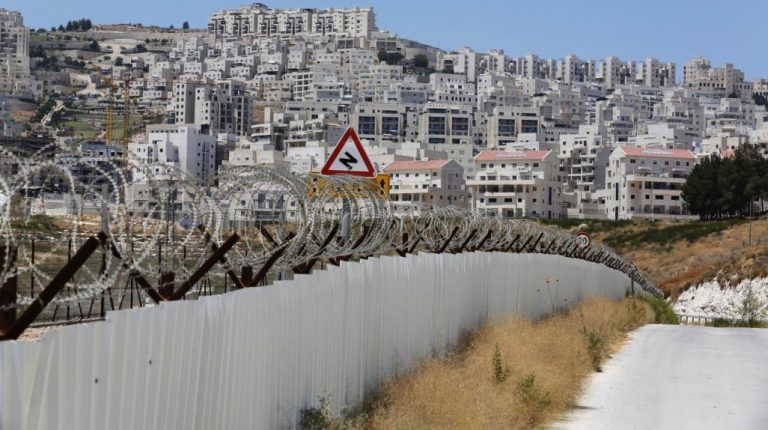 Washington’s announcement no longer considers Israeli settlements in the occupied West Bank as a violation of international law and has drawn international and regional criticism, but was welcomed by Tel Aviv.

“The unfortunate shift in the US’s stance would push hordes of Israeli settlers to commit more violence and brutality against Palestinians,” Aboul Gheit said in a statement.

Aboul Gheit asserted that such move would hinder any possibility to achieve a just peace deal based on ending the Israeli occupation to Palestinian territories through an American effort.

Meanwhile, Egypt’s Foreign Ministry asserted on Monday its stance, regarding the Israeli settlements as illegal and a violation to international law.

Nabil Abu Rudeina, spokesperson for the Palestinian Presidency, condemned the US’s announcement and said that Washington “has no right to give the Israeli settlements any legitimacy.”

In the same context, the European Union on Monday denounced the Trump administration’s shift on Israeli settlements’ policy.

“The EU position on Israeli settlement policy in the occupied Palestinian territory is clear and remains unchanged,” Federica Mogherini, High Representative of the Union for Foreign Affairs and Security Policy said in a statement.

“All settlement activity is illegal under international law and it erodes the viability of the two-state solution and the prospects for lasting peace, as reaffirmed by UN Security Council Resolution 2334,” Mogherini added.

“The EU calls on Israel to end all settlement activity, in line with its obligations as an occupying power,” she added.

The UN Security Council Resolution No 2334 (2016) stipulates “that the establishment by Israel of settlements in the Palestinian territory occupied since 1967, including East Jerusalem, has no legal validity and constitutes a flagrant violation under international law and a major obstacle to the achievement of the two-State solution and a just, lasting, and comprehensive peace.”

Earlier on Monday, US Secretary of State Mike Pompeo announced that the US will no longer view Israeli settlements as “inconsistent with international law”

Monday’s announcement is considered a major shift to the last 40 years of US administration views of the Israeli settlements.

The US shift comes against the 1978 State Department legal opinion known as the Hansell Memorandum, under the administration of Jimmy Carter, which stated that, the Israeli settlements in the occupied Palestinian territories “were inconsistent with international law.”

Prime Minister Benjamin Netanyahu expectedly welcomed the US move, saying that it “corrects a historic mistake.”

“Somebody needed to say a simple truth, and President Trump did this, just as he did with the recognition of the Golan Heights and the moving of the US embassy to Jerusalem,” Netanyahu tweeted on Monday.

Netanyahu said that he told Trump in a phone call that Israelis “are not in a foreign land. This is our homeland for over 3,000 years.”

Ahead of September’s repeated election in Israel, Netanyahu pledged to annex all Israeli settlements in the occupied West Bank.

This move is the latest in President Donald Trump’s gifts to Netanyahu. In March this year, Trump officially recognised Israel’s sovereignty over the occupied Golan Heights.

Meanwhile, Trump recognised in December 2017 Jerusalem as the capital of Israel and ordered the relocation of the US embassy from Tel Aviv to the holy city.

Palestinians uphold their rights as an independent state with East of Jerusalem as its capital based on the borders of 1967. Such a move on Israeli settlements, in additional to its previous decrees regarding the Palestinian-Israeli conflict, have been seen by Palestinians as obstacles in the path of the two-state solution during peace negotiations.