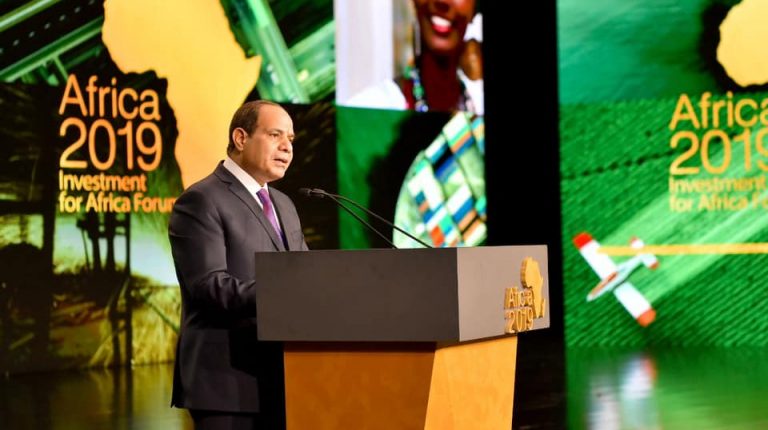 Africa’s infrastructure needs $200-250bn funds to be totally developed over the next 15 years, Egypt’s President Abdel Fattah Al-Sisi said on Saturday during his participation in the 2019 Africa Investment Forum held on 22-23 November.

“Prospering Africa’s economies would not be achieved unless we paid more attention to the continent’s infrastructure development,” the president stressed, noting that collaboration between the international financial institutions, private sector, and governments to secure soft loans is the main pillar of this mission.

High-cost loans hinder African countries from implementing major infrastructure projects in their territories, the president mentioned. “The current level of cooperation between governments and the private sector in Africa is good, though the results are still modest,” he added.

Al-Sisi asserted that Africa has great potentials in many sectors, besides energy, calling for maximising the continent’s industrialisation process.

He urged investors, businesspeople, and developed countries to support Africa and give it the opportunity to make use of its natural resources to avoid international problems, such as illegal migration and terrorism.

If developed countries insisted on limiting their vision of Africa as a source of raw materials,  Africa would not be developed,  Al-Sisi said.

The president noted that developed countries use African raw materials to make great profits, while the African exporters of those materials do not get the same benefits. He referred to the example of chocolate’s global investments estimated at $100bn, while Africa, the source of the cocoa bean, gets about $3-5bn only.

Poor management is like corruption that weakens capacity, Al-Sisi stressed, pointing out that to tackle corruption, more attention should be paid to digitisation.

“Since my second term in office commenced, I have worked to develop education and health care,” President Al-Sisi stressed, adding, “we seek to make big leaps in the digitisation and information technology infrastructure.”

RiseUp selects 15 regional startup finalists for “Pitch by the Pyramids”