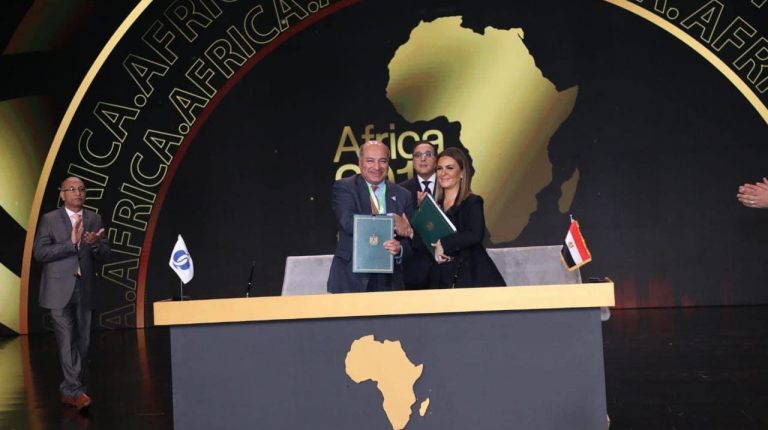 Egypt’s president Abdel Fattah Al-Sisi met with the President of the European Bank for Reconstruction and Development (EBRD) Suma Chakrabarti on Saturday during his visit to Egypt, where both sides discussed boosting the banks’ presence in Africa.

Chakrabarti is in Egypt to participate in the Africa Investment Forum held on 22-23 November.

“President Al-Sisi called on the EBRD to increase its investments in Africa, especially in the south and sub-Saharan regions. Taking such a decision depends on the bank’s Shareholders’ meeting scheduled next May 2020,” Chakrabarti told Daily News Egypt on the sidelines of the forum.

Chakrabarti noted that he also discussed with Al-Sisi updates on the Egyptian economy indicators which are progressing very well, adding that EBRD’s future plans in Egypt were discussed with the president too.

Interestingly, Egypt is a founding member of the EBRD. Since the start of its operations in 2012, the Bank has invested over €5.5bn in 102 projects in the country. In 2018, Egypt was the EBRD’s largest economy for investments in terms of new commitments.

“We already met with Prime Minister Mostafa Madbouly on Saturday morning. Policy context has been improving in Egypt. In the future, we have a strong pipeline in the areas of the green economy. As long as Egypt is continuing its reforms, we will have more investments specifically in the green economy areas,” he added.

Moreover, Chakrabarti also signed a number of agreements with Egypt’s Minister of Investment and International Cooperation Sahar Nasr, explaining that the EBRD signed an agreement to support the modernisation of Egypt’s oil industry with a $50m loan to upgrade the oil refinery owned by Suez Oil Processing Company (SOPC).

The funds will be invested to improve the refinery’s operational efficiency and will enable SOPC to introduce cleaner fuel. The measures will reduce carbon dioxide (CO2) emissions by 289,000 tonnes, contributing to a better air quality in Egypt. This loan follows a $200m loan by the EBRD signed in May 2018.

In recent years, Egypt has struggled to balance the country’s production, consumption, and export of both oil and gas. The bank’s support to SOPC will help realign the supply and demand of higher value-added oil products and reduce the need for imports.

The EBRD is one of the first international financial institutions involved in the reform of the Egyptian oil and gas sector and has been supporting the country’s attempts to reduce greenhouse gas emissions and air pollution. The bank is also supporting Egypt with the implementation of international best practices and standards, helping to increase the competitiveness of the sector and contributing to the country’s energy security.