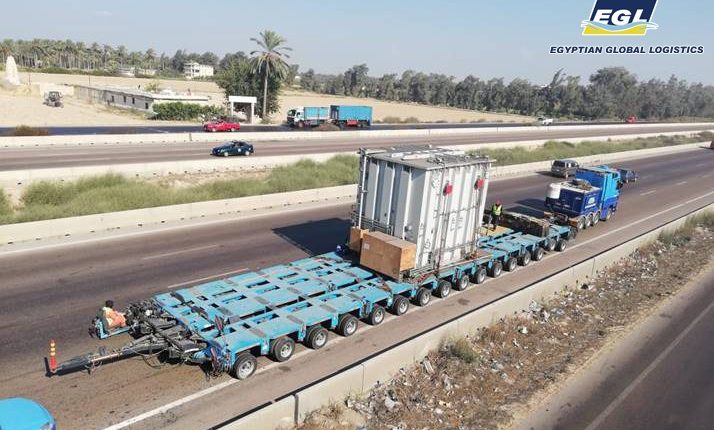 The project includes a 650 megawatt (MW) steam thermal power plant to interconnect with the National Unified Power System (NUPS) through a 500/220 kilovolt (KV) geographic information system (GIS) switchyard. It is comprised of one Rankine cycle sub-critical turbine generator unit with a nominal rated capacity of 650 MW using natural gas instead of heavy fuel.

Additionally, the company revealed that they have completed the delivery of accessories and containers to the same site, including the arrangement of all types of clearance formalities and getting approvals from the relevant authorities to clear containers in the port

The site is located about 258 km from the port of Alexandria on the west bank of the Nile river. It was a quite challenging operation scheme that was performed and completed, despite difficult conditions. One of the greatest difficulties, in addition to the project was the discharging of four transformers and accessories. The same vessel delivered other 4 x 228 ts Trafos for another project.

EGL is considered the largest assets based 4PL in Egypt. Kadmar Group has 18 branches covering all strategic locations in Egypt. It  owns the newest fleet of modular trailers, telescopic trailers, low bed trailers, normal trailers in the market, as well as jacking system, port storage, intermediate storage, stevedoring, and installation with its own staff and equipment (hydraulic lifts, hydraulic jacks, and skidding frames).

Under the microscope: Economic plans and decisions to be discussed in upcoming parliament

15 projects worth $10m to be implemented with Chinese investments