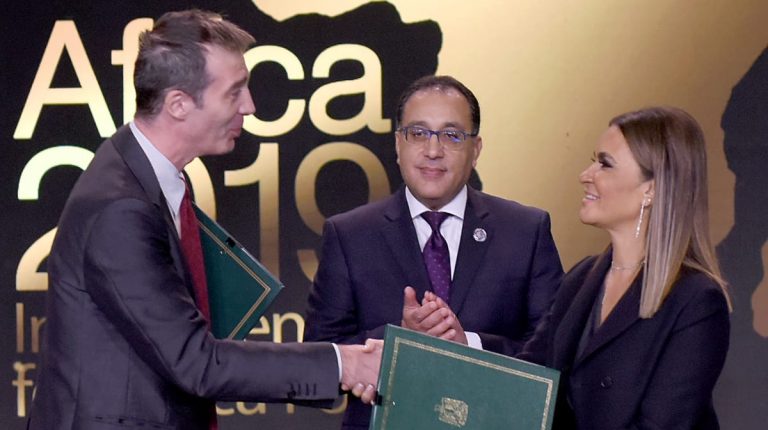 Egypt has signed two deals worth $430m with Texas-based Noble Energy Inc., to pump natural gas through the East Mediterranean Gas Company’s (EMG) pipeline, and the other to manufacture petroleum products in partnership with Egypt’s Dolphinus Holdings.

The agreements were signed on Saturday on the sidelines of the Investment for Africa 2019 forum, between Minister of Investment Sahar Nasr, and CEO of the U.S. International Development Finance Corporation (DFC), Adam S Boehler.

In February 2018, two 10-year agreements worth $15bn to export Israeli natural gas to Egypt were signed. The agreements between Delek Drilling, Noble Energy, and Dolphinus Holdings will supply Egypt with 7bn cubic metres of gas annually.

Also, in November, the trio announced a deal to acquire 39% stake in the natural gas pipeline connecting Egypt and Israel. Delek Drilling and Noble Energy, the operators of Israel’s largest natural gas fields Tamar and Leviathan, and the Egyptian company Dolphinus Holdings, established a joint venture under the name EMED, which will buy the stake from East Mediterranean Gas Company, the owner of the Arish–Ashkelon pipeline, in a deal worth $518m.

Egypt aims to turn into a regional gas hub, through exploiting the country’s LNG plants in Idku and Damietta, through importing gas from Israel and Cyprus and re-exporting them to other markets.

Both Cyprus and Israel need Egypt, as it already has all the necessary infrastructure in place.