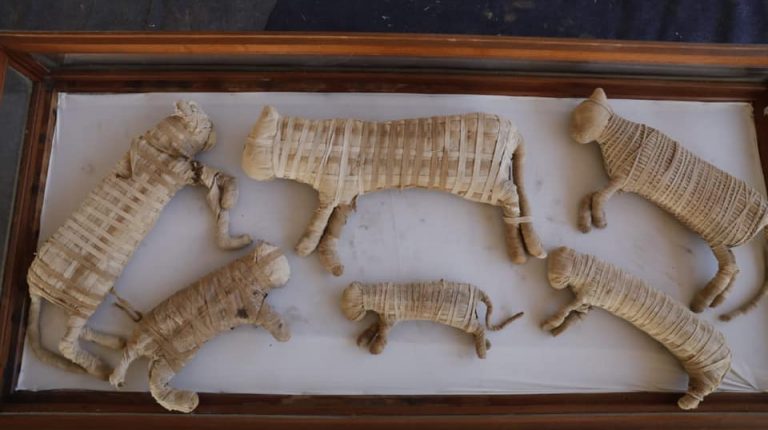 Thousands of years after the Pharaonic era ended, the lands in which they buried their treasures still surprise us with limitless hidden treasures. At the Saqqara Plateau, hundreds of ancient Egyptian mummies were buried, only to be unearthed decades later, revealing the civilisation’s distinctive glory through its various dynasties. 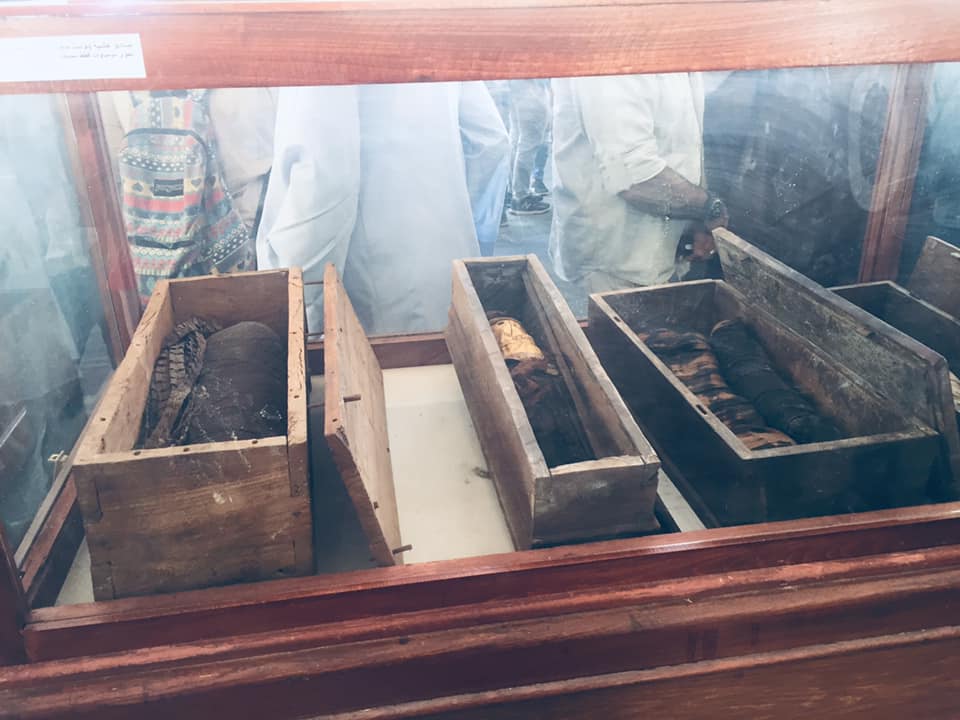 The magnificent human mummies are not the only gems hidden beneath the holy land, huge   mummified cats were also unearthed in a shaft located in Bubastis, an archaeological site located on the western side of Giza’s Saqqara necropolis.

The Minister of Antiquities Khaled El-Anany announced on Saturday the discovery in a press conference that took place near the discovery in Saqqara. The lions were discovered as a part of a complete collection of animal statues and mummies in an area that was named the place of the goddess Bastet.

The discovery was supported by an Egyptian mission headed by Mosatafa Waziri, the secretary-general of the Higher Supreme Council of Antiquities. The press conference was attended by 41 foreign ambassadors, as well as a number of public figures.

The discovery’s main highlights are five mummified “very big cats,”, according to El-Anany, “the preliminarily study and city scan infer they were probably small lions that died between the age of six to eight months, yet we [the ministry] need more time in order to make sure of that.”

Two of the large mummified cats underwent city scan and were proven to be eight-month old lions, yet the ministry is waiting the complete the examination to prove the results. Waziri stated in a press release, that in case of proving that they belong to lions, they will be the first lion mummies ever discovered in the history of Ancient Egyptians.

“All what we have discovered so far were only skeletons of lions,” he explained.

The discovered cachet included hundreds of diversified objects, including 75 cat statues in various sizes, a wooden statue of the goddess Neith, who was the main goddess of Sais, the capital of the 26th Dynasty, 73 bronze statues of Osiris, and 11 wooden statues of Sekhmet. A large number of mummified animals and statues made of bronze were also unearthed. Two small limestones belonging to Bastet were unearthed along with other beautiful gems. “This discovery is considered a complete museum, not only a cachet, which presents the glory of the ancient Egyptian civilisation,” El-Anany said in his speech, adding that it still generously brings new things all the time.

El-Anany added that the Saqqara necropolis witnesses millions of visitors every day who don’t know the exact number of antiquities hidden beneath them.

“The ancient Egyptian civilisation keeps on revealing its secrets, leaving us in astonishment,” he added.

The discovery dates back to the seventh century BC. The unearthed shaft had 25 coloured wooden boxes in which the statues were buried inside. The hieroglyphics engraved on boxes included small mummified gladiators as well.

One of the wooden boxes had the remains of a wooden gilded mask, and two ladies’ statues, each head depicted with a cobra.

According to Waziri, the discovery included the world’s biggest unearthed scarab artefact.

Among the discoveries were also statues of the goddess Bastet, Ibis, and Horus. In his speech, Anany explained that the area was reused in the late Kingdom as an animal burial cemetery.

The discovery is the third of its own within 18 months at the same area, more exactly in the same spot.

Last year, the ministry also discovered eight tombs, four of which belong to the Old Kingdom, while the three were reused in the New Kingdom, and the remaining one is still sealed without knowing the exact era it belongs to. The tombs were discovered by Egyptian archaeological mission, on the western side of Giza’s Saqqara necropolis. The unearthed tombs included large numbers of mummified animals.

Last year’s discovery, which Anany described as one of the biggest discoveries in the past years, included two large boxes in one of the burials, one has three layers, with a total of around 200 mummified scarabs, the first discovery of its kind in the whole world, while the other had large mummified male and female scarabs

Anany stated that the work in the area is not yet done, and the missions will keep digging in the area for further discoveries. He further elaborated that this is not the final announced discovery of this year, as the ministry is to announce another unearthed treasure within the next few weeks.