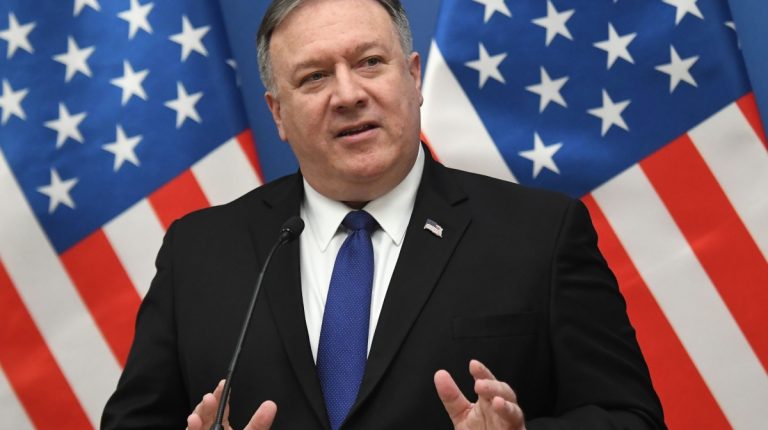 Treasury Secretary Steven Mnuchin said in a statement that the Iranian minister has advanced Tehran’s policy of “repressive internet censorship” while in office, and described him as a former intelligence official who has been involved in surveillance against opposition activists.

“We are sanctioning Iran’s Minister of Information and Communications Technology for restricting internet access, including to popular messaging applications that help tens of millions of Iranians stay connected to each other and the outside world,” he added.

Iran has shut down internet five days ago, making it difficult for protesters to post videos on social media to generate support and also to obtain reliable reports on the extent of the unrest.

“Iran’s leaders know that a free and open internet exposes their illegitimacy, so they seek to censor internet access to quell anti-regime protests,” he added.

US Secretary of State Mike Pompeo said Friday that the United States will hold members of the Iranian regime accountable for their violent repression of the Iranian people.

“The US is sanctioning the Minister of Information and Communications Technology Mohammad Jahromi, for helping shut down the Iranian internet,” Pompeo tweeted on Friday.

Moreover, Pompeo urged Iranians on Thursday to send photos and other information documenting repression amid ongoing protests, while vowing to sanction “abuses” by the Islamic republic.

“I had a meeting with UAE Foreign Minister Abdullah bin Zayed on Friday and discussed with him the negative impact of Iran’s destabilising activity in the region,” Pompeo wrote on his Twitter account.

Pompeo last week commented on the wave of protests in Iran by saying that the United States “stands with the Iranian people,” a statement rejected by the Iranian Foreign Ministry as a “shameful lie.”

“It is a fundamental right for every Iranian to communicate freely with others,” he said, noting that the Iranian government sought to deprive the public of its voice.

Similarly, on Thursday, US President Donald Trump accused Iran’s government of shutting down internet access to cover up “death and tragedy” amid a wave of street protests.

“Iran has become so unstable that the regime has shut down their entire Internet System so that the Great Iranian people cannot talk about the tremendous violence taking place within the country,” Trump tweeted.

“They want ZERO transparency, thinking the world will not find out the death and tragedy that the Iranian Regime is causing!” he wrote.

Demonstrations erupted last week in several Iranian cities against the Iranian government’s decision to increase fuel prices by 50% and cut subsidies, with security forces attacking protesters in some locations.