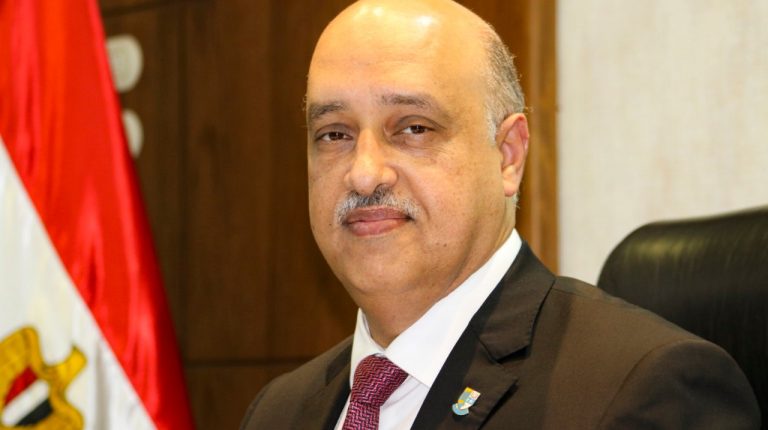 “In the General Authority for Construction and Housing Cooperatives (CHC), we promote the continued expansion of the co-operative housing sector as a solution to housing needs,” said Chairperson of CHC Hossam El Din Rizk.

The CHC has an over 55-year track record in forging innovative partnerships between communities and the public and private sectors, added Rizk.

He noted that the CHC plays a very big role in supporting the development of the state without incurring any financial burdens, in the sectors of agriculture, industry, housing, and production.

Rizk further pointed out that the authority has expanded in recent years in cooperative housing projects, commiserating with the efforts of the State in the expansion of the development and doubling of the urban area and provide housing for citizens matching with their income.

Daily News Egypt interviewed Rizk to learn about the role of the CHC in supporting the low-cost housing needs.

First of all, can you tell us more about the role of the CHC?

The CHC was established in 1961 by a decree of the late president Gamal Abdel Nasser and its role was initially to lend co-operative housing associations and individuals wishing to establish housing units or projects. This role has increased after the beginning of the seventies after issuing a republican decree in 1977 to regulate the work of the Authority as an economic body with resources self-managed. Since then, we’ve developed projects for cooperative associations for housing in Egypt.

The role of the authority began to grow through cooperative housing associations. The associations constructed the entire North Coast in the 1980s and early 1990s. However, the authority and its role were marginalised from 1993 to 2013.

Since 2013, the CHC has been building co-operative housing projects significantly through the purchase of lands from the New Urban Communities Authority (NUCA) and governorates, planning and designing the projects, obtaining required ministerial approvals for the projects, and providing utilities. Then, cooperative associations for housing receive lands ready for construction. So, the authority plays a positive role in accelerating the pace of development.

How many cities does the authority operate in?

The authority owns lands in 22 new cities, of which 16 launched in 2015 and six in 2019, including New Alamein, New Mansoura, and West Qena, designed using modern technology in terms of infrastructure and communication.

Moreover, 1,000 feddan has been allocated for co-operative housing associations in the New Administrative Capital. The CHC follows up on these associations every two months to ensure the work progress in accordance with the conditions of the administrative capital according to the possibilities of these associations. So far, the situation is good and there are no problems in implementation.

In some cities, there is no abundance of land for the establishment of housing projects such as Port Said city, plus, the cost of construction is very high and even if provided by the authority at its real cost it will still be too high, and therefore the authority is implementing a huge housing project in the governorate, with an investment slot, to reduce the cost of cooperative units.

The CHC is developing a development project in Port Said, which is a residential project that includes a cultural, entertainment and commercial centre, four administrative towers for international companies, a multi-storey garage with a capacity of 1,450 cars. The investment part of the project contributes by subsidising each square meter with EGP 4,000.

Can you tell us more about the authority’s Port Said project?

The project’s investments amounted to EGP 4bn, of which EGP 1.2bn were allocated for constructing 30 towers.

What are the projects implemented by the CHC to support young people and provide job opportunities?

One of the most important projects we carry out is the cooperative integrated communities project which will provide employment opportunities for young people, services and housing. The authority is implementing the first cooperative housing project for young people in Hosh Essa area in Beheira Governorate to live and work through a workshop provided by the Authority. The project costs EGP 300m.

Moreover, the CHC is seeking to popularise this project in several governorates, especially in the industrial zone of Suez governorate.

What are the other projects implemented by the CHC?

The authority is developing a large industrial city with a cooperative in New Atfih area in Giza governorate on a 26,000-feddan plot of land allocated by presidential decree No. 104 in 2016. The authority has completed the project’s masterplan and has been approved by the Ministry of Environment while the general plan has been approved by the Industrial Development Authority. The project will include a marble city, logistics complexes, and building materials industries. The reason behind the establishment of this industrial city is that Atfih city has some of the highest unemployment and poverty rates in Egypt.

What is the value of the state allocations to the authority?

Currently, the authority is spending on its own projects through offering part of its lands for investors to support cooperative housing without incurring the state any additional financial burdens. The investment budget for a fiscal year (FY) is EGP 2.8bn.

What are the cities targeted by the authority to implement co-operative housing projects?

The most important areas targeted by the authority are New Obour, New Sixth of October, and Upper Egypt new cities, namely New Beni Suef, New Assiut, New Sohag, New Qena, and New Aswan, in which the authority has lands and each project is allocated according to the needs of housing co-operative associations.

What is the size of the authority’s investments during the current fiscal year?

The authority’s investments amounted to EGP 250m in FY 2013/14, while it became EGP 1bn in FY 2018/19 due to an increase in lands allocated to the authority and delivered to serious housing cooperative associations in accordance with the protocol signed with the NUCA in this regard.

I expect the budget to reach EGP 3.5bn in FY 2020/21. Accordingly, all projects’ investments that take place in 22 cities follow the cooperative housing system worth approximately EGP 60bn, distributed among the projects implemented by associations at the level of governorates and new cities or projects implemented by the authority.

What is the value of a co-operative loan?

The value of a co-operative loan has increased from EGP 20,000 to EGP 50,000, after the liberalisation of the exchange rate. We are looking forward to increase it to EGP 200,000.

How many co-operative housing associations are currently in Egypt?

The number of co-operative housing associations has jumped from 2,100 to 3,321 associations over the last five years, with an increase rate of 58%.

What is the size of the authority’s land bank?

The authority’s land bank is currently 2,000 feddan in 22 cities.

Are there any cases of land withdrawal from co-operative housing associations?

Currently, there are no cases of land withdrawal because the authority is the one that allocates the lands to these associations, and also monitors and follows up the progress of these projects.

What is the difference between social and co-operative housing?

Social housing, like the other projects, was launched by the state to bridge the gap that has widened over the past years between the real estate prices and the average purchasing power. It is a state project in the first place, fully supported to achieve this goal. Its land is allocated for free and utilities are provided for free in addition to subsidies, and they are directed to low and middle-income people. Meanwhile, co-operative housing is for middle-income people, but offers land at competitive prices. Co-operative housing associations execute projects at their real cost without adding any burdens on the state budget.

What about the 3rd International Conference for Cooperative Housing (ICCH)?

In 2013, we conducted the first ICCH in Egypt and invited 15 countries to exchange their experiences in the sector. For example, cooperatives in Malaysia, America, and Sweden play a large role to maximise the individual’s interest within the overall social interest. The second ICCH was held in 2016, with the participation of 36 countries and international organisations.