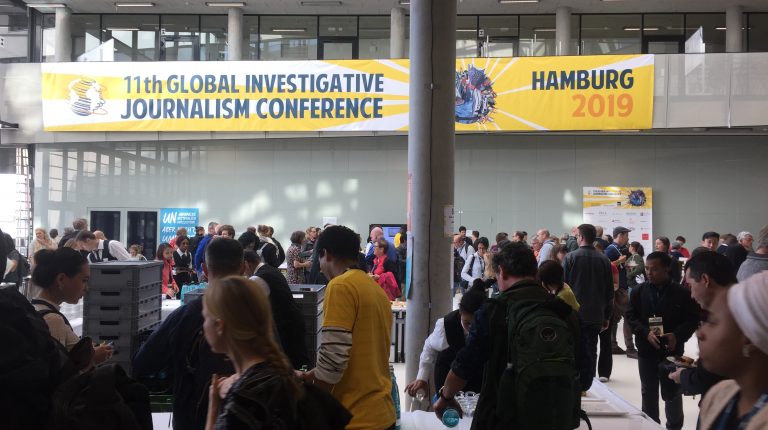 As journalists around the world struggle to conduct investigations that have a significant impact on their society, many of them are still in an absolute need of training and connecting to distinguished and experienced journalists and trainers who could guide them, as well as workshops that could enhance their skills and knowledge.

The 11th Global Investigative Journalism Conference (GIJC) is one of these great opportunities for training. From 26 to 29 September, the conference was held in Hamburg, Germany, with the participation of 1,700 journalists from 130 countries representing different cultures, ages, nationalities, dreams, and career experiences. 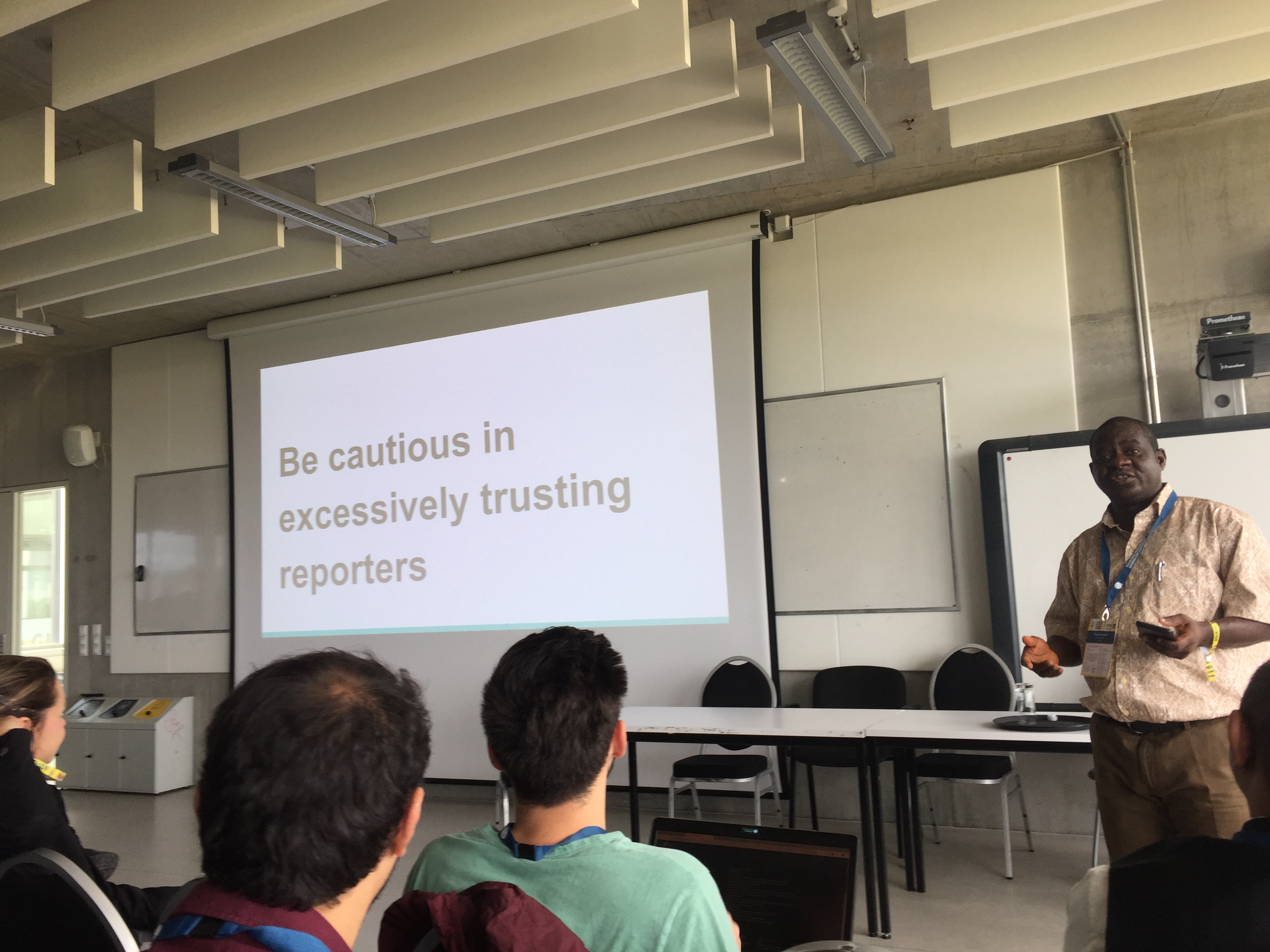 Despite restrictions on free press and crackdown on journalists who struggle to do their job in some countries, journalists are still eager to learn more about their professions and to challenge authoritarian regimes.

Ons Bougacha, a Tunisian journalist, was among the participants who attended the GIJC 2019. “The GIJC was an excellent investment for me as a journalist who wants to specialise in investigative journalism,” the 24-year-old journalist told Daily News Egypt.

“I have learned more than I expected. I am interested in environmental issues, and I have found many journalists in Hamburg who believe that global warming is the issue of the century,” Bougacha added.

Bougacha continued that she enjoyed long discussions with journalists from all over the world, as they shared thoughts and contacts. “Other journalists offered their help and even job opportunities.”

“I was pleased to hear the experiences (of other investigative journalists) and the stories behind the scenes of well-known investigations. I was stunned by the courage of those storytellers,” Bougacha noted.

“I have learned also how to protect myself during my work so, I will not be the story. I also learnt more about data journalism, the storytelling of televised investigations and so much more. I have made good contacts and even good friends,” she added.

“The GIJC was a marvellous experience. I went back home with good memories, contacts, friends, and most importantly [journalism] tools that I have learned and willing to use in my work,” Bougacha said.

Bougacha, who is working now with a production company to produce her first documentary, expressed her appreciation to the team behind the conference, and to “the wonderful people that she met during the conference, who didn’t save any effort to help her.”

Rama Aldarwish, a Syrian journalist who settled in Berlin four years ago, told Daily News Egypt that one of the benefits of the conference was meeting with journalists from around the world.

“To reach a wider network and get access to new sources to information were the best parts. I also benefited from the workshops on data journalism which helped me in learning how to collect data, and then deliver it to readers (in an understandable way),” Aldarwish added.

Aldarwish noted that she also benefited from the workshops on investigative journalism and from the experiences of other colleagues. The young journalist is now a trainee at a local radio and TV in Berlin “ALEX Berlin”.

During a workshop on “Editing the Investigative Story” in HafenCity Universität on Saturday 28 September, Marina Walker Guevara, ICIJ’s director of Strategic Initiatives and Network, gave journalists some tips on how to edit their investigations and how to get the best out of their reporting.

Guevara said that during the editing process, a journalist has to say yes for the right things and no for a lot of things in order to sharpen their investigative narrative and angle.

Guevara added that a journalist has to be able to ask tough questions for the sake of their investigation. She advised journalists to work with expertise, write memos often, build timetables, and a map of what they know and what they are inferring.

Furthermore, Guevara pointed out that a journalist has to think: what is the angel that they are uniquely positioned to develop? And when they own it, they have to consider the editorial control and legal responsibility.

On bullet-proofing, Guevara advised journalists to footnoting and fact-checking; “pick your risks, fair opportunity for comment, and legal review.”

Meanwhile, Musikilu Mojeed, editor-in-chief at the Nigerian newspaper Premium Times, told Daily News Egypt that a young investigative journalist has to believe that what they are doing can have an impact on society.

“You have to believe that you want to make a change in your society. Once you are committed to an idea, then you can begin to get the skills necessary to conclude your investigation, some media websites and institutions offer journalists online workshops and networks to start.”

He advised journalists to ensure they have deep knowledge of the subject being investigated. And if they are working with other reporters, Mojeed advised them to never take anything for granted when editing work by talented reporters. “Be cautious in excessively trusting reporters.”

Meanwhile, he reminded participants that anything post-publication will sometimes receive backlash and danger. “Take all this into consideration during the working process.”

Mojeed told Journalists who struggled with restrictions or those whose ideas were refused, to pick up stories on minor issues. “It does not have to be about sophisticated or big issues, at first it could be about people and how to change their realities.”

The GIJC set the Global Shining Light Awards to honour the investigative journalists who conducted investigations inside developing or transitioning countries under threat.

Among the investigations that were awarded during the GIJC 2019 were “Murder in Manila,” on extrajudicial killings in the Philippines’ drug war by Rappler and “Gupta Leaks,” on how the Gupta family “captured” the South African state by multiple outlets.

Other investigative projects were also awarded with citations of excellence including “The Profiteers,” a documentary series conducted by Kenya’s Africa Uncensored about how South Sudan’s elite plundered their nation.

“The Azerbaijani Laundromat,” a cross-border investigation into a massive money-laundering operation, was also awarded citations of excellence. It was produced by the Organized Crime and Corruption Reporting Project in collaboration with many international outlets.