In our day and age where younger generations are obsessed with technology, iPad, and online gaming, a timeworn, ancient entertainment theatre is still fighting to exist in the art scene. In an attempt to revive the art of puppetry and highlight its first anniversary of joining the UNESCO Intangible Cultural Heritage list, the first Al-Aragoz (puppet) Festival kicked off on Sunday.

The independent festival was organised by Nabil Bahgat, the founder of Wamda Troupe, the only current band performing Al-Aragoz shows.

Bahgat, who is the head of the theatre department at the Faculty of Art, Helwan University, is the person who revived puppetry in Egypt, and gave it a chance to be internationally accredited, after being almost buried beneath the layers of modern western culture taking over society. 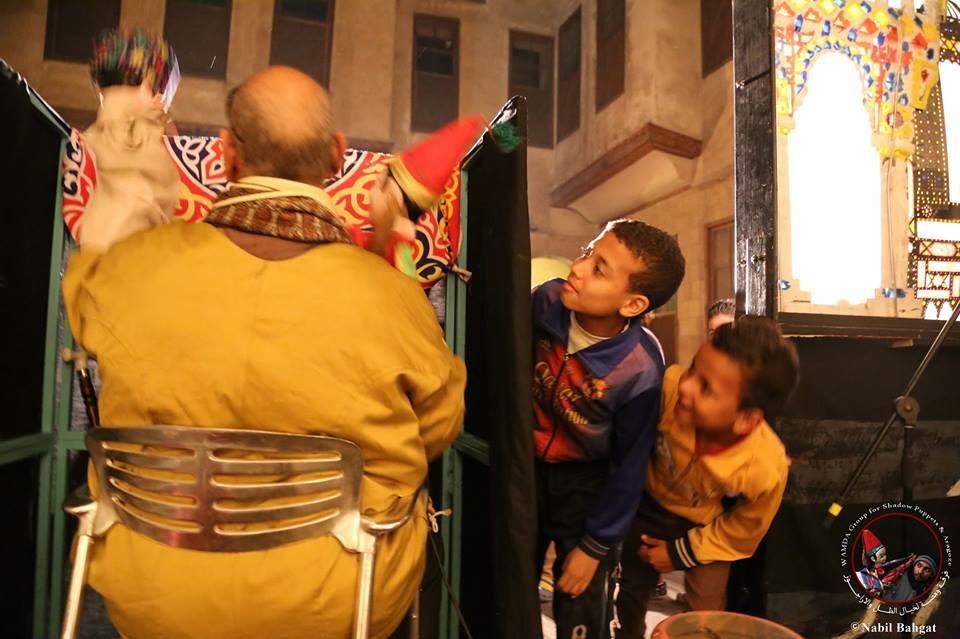 The five-day festival aims to shed light on Al-Aragoz, as a distinguishing art performance, and celebrate its first anniversary of being admitted to the UNESCO. It also aims to remember Saber El-Masry, Egypt’s veteran puppeteer, who passed away at the age of 80, leaving behind dozens of life-changing performances in which he sent messages of peace and love to attending children.

“This month, we celebrate being registered in the UNESCO Intangible Cultural Heritage list. Even though, nothing really happened as we received no funding this year due to a mistake in applying the file to the committee. Yet, we needed to highlight this art and grab people’s attention towards it again,” Bahgat told Daily News Egypt.

Out of the belief that Al-Aragoz is his life cause, Bahgat funded the festival and organised all of its details in order to give people the chance to see the captivating beauty of these performances.

“This is my path. I started it and dedicated the past 20 years of my life to Al-Aragoz. if I do not complete it, no one else will,” he highlighted.

Al-Aragoz is a wooden marionette puppet. It first saw the light in Egypt during the Fatimid era. History books did not detect the origin of the puppet, but it was not created in Egypt.

For five days, people get to attend 19 puppet shows for free. Performed by 10 independent puppet artists, some of these plays are from our heritage, reciting the same stories which have existed for years and became a part of the Egyptian legacy, including Abu Zayd al-Hilali. Whilst others are rewritten, and directed by Bahgat, in order to represent a modernised aspect of heritage.

“I wanted to represent our heritage in a modern way, in order to attract younger generations to the same causes, yet in a more attractive way,” he asserted.

When Al-Aragoz came to Egypt, that type of art was only exclusive to sultans and the elites. The art gained wide popularity in the Egyptian society, as it reflected the political, cultural, and economic situations of society through puppets which appeared in different shapes and roles.

Throughout the years, Al-Aragouz widely spread among all social classes, and became an inseparable part for the Prophet’s birthday celebration, also known as Moulids. It started fading away with the appearance of animation shows on TV.

The festival takes place in cooperation with Cairo and Helwan Universities, El-Sawy Cultural Wheel, and Bibliotheca Alexandrina (BA), which supported the cause with offering platforms for the performances to take place at. 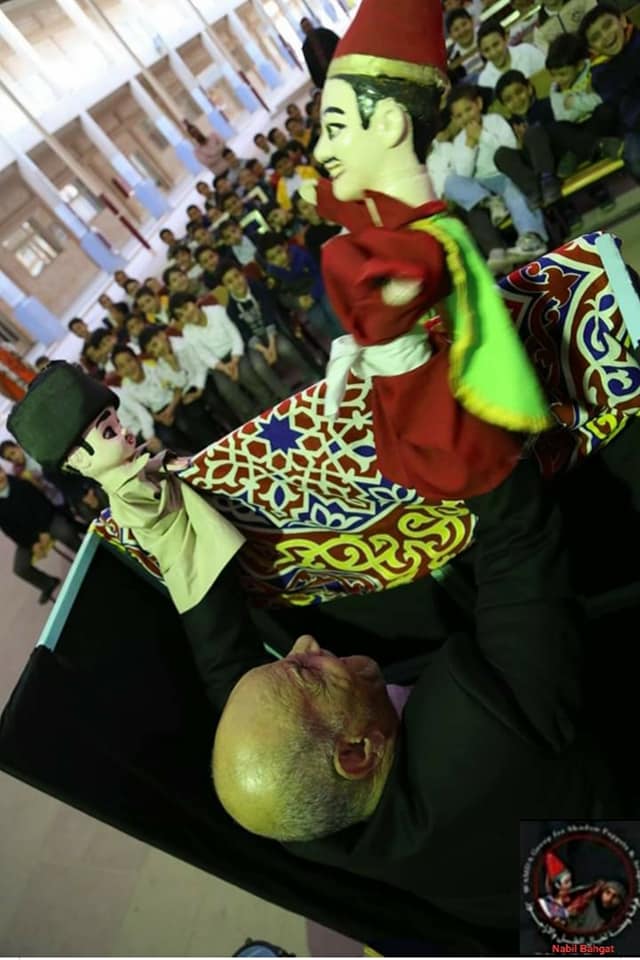 When asked about the reasons of establishing an independent festival, Bahgat stated that artists should not wait for the country to support their causes, “instead, they should fight for it even if it’s on their own.”

Bahgat believed that Al-Aragoz is an endangered art that survived modernism and technology that ended several heritage performances over the years.

From his point of view, the cost of making the Al-Aragoz is very cheap, as “it doesn’t take much to make the puppet, create the small theatrical box, and a well-trained artist performing it. It is considerably less costly than any other art. Plus, it depicts all three major life aspects, namely, religion, politics, and society.”

Yet, he believes that the low cost of this art, does not prevent it from being directed for all ages. “Al-Aragoz plays are not only for children as they convey concepts that can be understood by both adults and children, each on a different level. Moreover, the core of these plays is always to transmit values and ethics,” he explained.

Currently, Wamda Troupe is still the only performing group of the show at old Cairo’s Bayt Al-Suhaymi every Friday. Bahgat also wrote the only book chronicling the existence of Al-Aragoz in Egyptian society.

As an extinguishing art, the attraction the festival had was all beyond Bahgat’s expectations.

“The media attraction, the constant phone calls from people asking about the performances timing, it just exceeded the expectations I had for it,” he concluded.