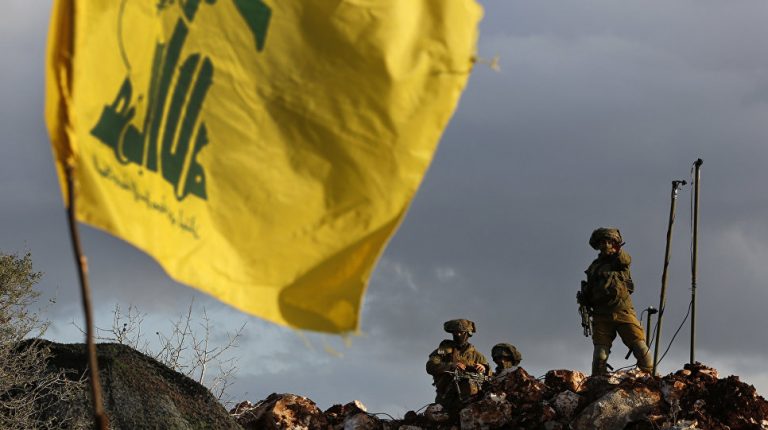 Blocking a main bridge, the Lebanese protesters were attacked by supporters of Hezbollah and Amal groups. The supporters clashed with protesters using clubs and metal rods, chanting pro-Hezbollah slogans, while protesters on the other side chanted “Hezbollah is terrorist.”

During the clashes, several people were beaten and injured. According to the Lebanese civil defense statement, five people suffered from various injuries.

As rocks were thrown by both sides, riot police and soldiers formed a human barrier, to separate the protesters from the supporters of the Shi’ite groups on a main road known as the Ring Bridge.

Local television also reported that groups of young men threw stones at each other for hours, with security forces in the middle. In order to disperse the crowds, the security forces fired tear gas.

On the other hand, Amal group denied any link to the people behind the attack, saying in a statement that they should be arrested as they violated the movement’s belief in freedom of opinion.

Monday’s clashes were considered as the worst tension in Beirut since last month, when Hezbollah and Amal’s supporters attacked the protest’s main camp in Beirut.