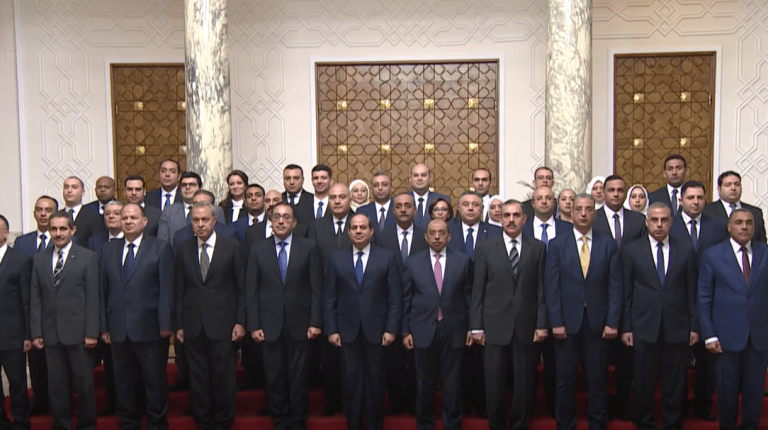 Eleven of the newly appointed governors served in the Armed Forces or the Ministry of Interior. Giza Security Chief Mohamed El-Sherif was appointed as governor of Alexandria, former military officer Sherif Fahmy as Ismailia governor, former advisor to the Defence Minister Khaled Shoiab as governor of Matrouh.

For the deputies, many of them are graduates of the presidential youth programme and the new state academy for youth training. Those include appointees in the governorates of Alexandria, Giza, and South Sinai.

Several of the current governors have been moved to new governorates, including those appointed in Kafr El-Sheikh, Assiut, and Fayoum.

Al-Sisi met with the new governors and deputies after the swearing in ceremony.

On Thursday, the parliament is expected to hold a plenary meeting to discuss and vote on Al-Sisi’s decision to renew the tenure of the Central Bank of Egypt’s Governor Tarek Amer for more four years.