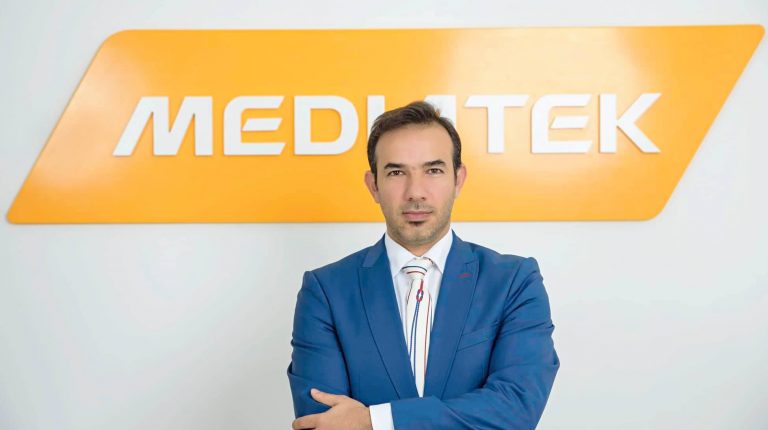 The Egyptian mobile phone market is witnessing a significant sales growth which could reach 15m units annually, compared to 13m expected to be sold by the end of this year.

MediaTek, a Taiwanese fabless semiconductor company, is working with US-based KaiOS Technologies to create an operating system for smartphones with a maximum price of $20 per unit, said Rami Othman, MediaTek’s regional director in the Middle East.

MediaTek processors can be found in mid-priced phones more than any other segment, why?

We have processors that offer strong performance in mid-priced phones. This type of processors targets the markets of the Middle East and Africa, where the prices of phones range between $50-500. This is the largest price segment in the world, representing about 80% of the global phone sales.

What is the size of your market share globally?

We account for almost 30% share in the global mobile market, while we control the biggest share of the TV market being the largest supplier of TV processors, WiFi, and smart home appliances in the world.

What is the size of your sales in the global mobile phone market?

There are many emerging markets around the world and the users there still rely on basic cell phones, especially in Africa and Asia.

For example, the Pakistani market, despite its population reached about 200m people, saw monthly sales of 1m smartphones and 2m basic cell phones, and even Egyptian users still intensively buy basic cell phones despite the launch of 4G technology almost two years ago.

How can companies attract basic cell phone users to shift to smartphones?

So, we collaborated with Google to launch an affordable operating system ”Android Go” for low-priced smartphones. We are currently working with KaiOS Technologies to create an operating system for smartphones with a maximum price of $20 per unit. The planned operating system will be a single-tasking system that can only run one programme at a time, but it will have its own app store.

What are the biggest markets for your company?

In the Middle East and Africa, South Africa is our biggest smartphone market, followed by Egypt.

How do you see the growth in the smartphone market in Egypt?

Egypt is one of the most important markets in the region, and we’re the most competitive among different brands in Africa.

The Egyptian market is currently in a phase of growth and the sales of smartphones may reach 15m units annually, compared to 13m expected to be sold by the end of this year.

Do you work with SICO Technology, the first Egyptian smartphone manufacturer?

SICO has been cooperating with us for a while and it uses our processor in its products. We together launched a 4G mobile phone in cooperation with Vodafone that was sold at a competitive price.

Egypt has plans to manufacture tablets locally as part of the educational tablet project. Does your company plan for cooperation with the government in this regard?

In general, we support the Egyptian government’s steps and projects. We have a plan to support local manufacturing in Egypt, as well as the ability to support Egypt’s projects in smart cities based on Internet of Things (IOT) technology.

We contacted the Arab Organization for Industrialization and a third partner for the coordination in the manufacture of educational tablets, and once the official announcement by the government is made, we will take steps in partnership with the aforementioned authorities.

The 5G race is underway, are you ready to compete in this segment?

Of course, we launched the 7-nanometer 5G and AI chipset for higher-end phones at the beginning of this year. The new chipset is the first that supports the 2G, 3G, 4G, and 5G technologies, unlike many competitors that produce two chipsets in each phone, one for 4G and the other for 5G.

During the first quarter of 2020, a mobile phone manufacturer will launch a series of smartphones supported by the 7-nanometer 5G and AI chipset, and its price will be suitable for the mid-priced segment.

Are the processors supporting 5G more expensive than their 4G counterparts?

There are a limited number of processor manufactures worldwide, do you think new competitors would enter the market?

I believe the market will not see major changes in the current period due to fierce competition in the smartphone market, which makes all processor manufacturers focus on the development of their products to beat their counterparts, which makes it difficult for the emergence of a new processor company.

How much does the company spend annually on research and development?

We spent about $2bn annually on research and development.

Smartphone usage patterns have changed recently, as some companies produce phones dedicated to games. Do you have processors that support this category?

In cooperation with Xiaomi, we launched a gaming phone powered by a strong processor, called Note 8 Pro, which achieved big sales in India.

98% of Millennials have smartphones: research