In a community where poverty is the common denominator for the population, education is a privilege provided to the luckiest, usually males, and basic living conditions have become more of a luxury, while girls’ rights are deprived and their voices are mostly muted. With tremendous efforts to change the status quo, and with the aim to give young girls a voice to speak their minds. The Dawwie initiative kicked off earlier this year, seeing its first results last week at the first governorate of operation in Fayoum.

Dawwie, which means in Arabic the echoed voice, mainly aims to empower female adolescents through several activities that provide them with the chance to speak out about their dreams, struggles, and beliefs. 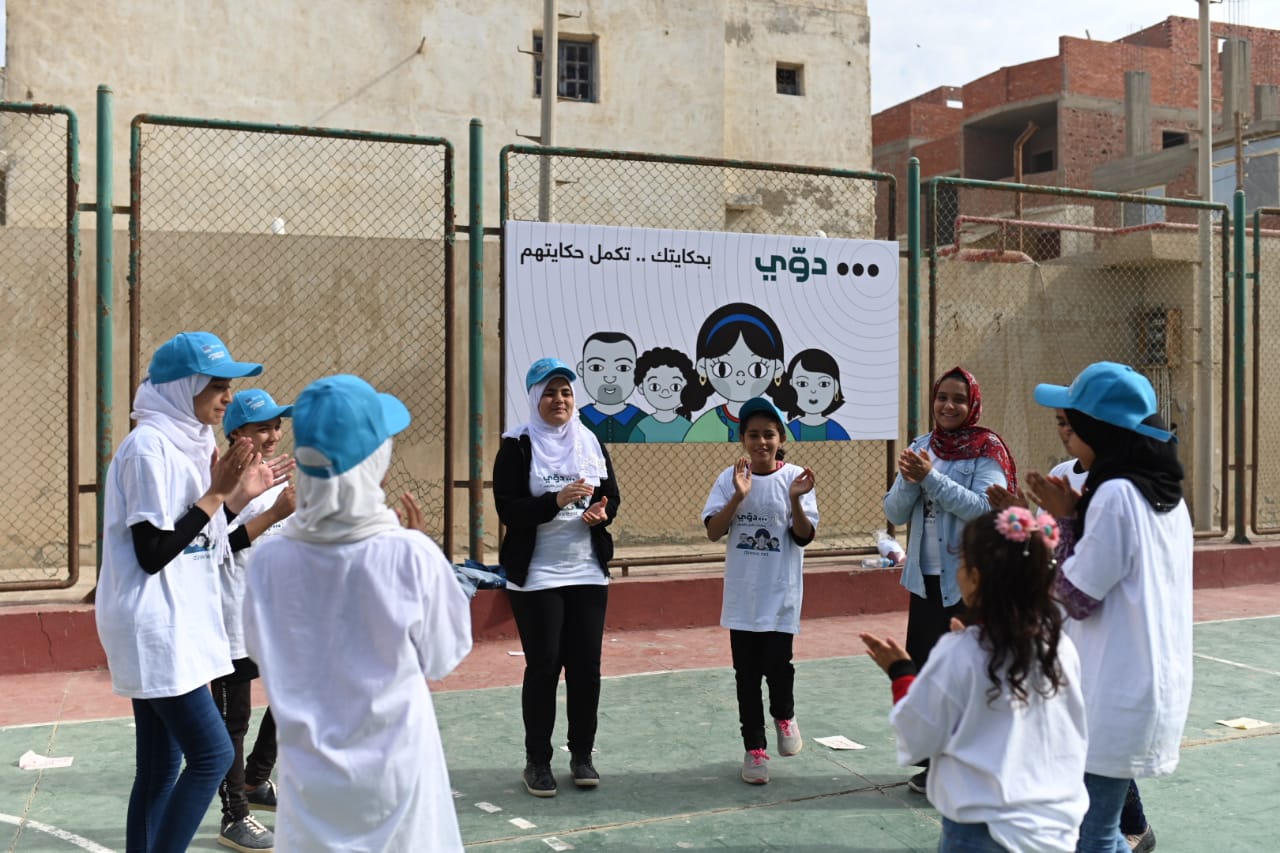 Fayoum was the first governorate to fully apply the initiative. Daily News Egypt accompanied the delegation that headed to Dawwie’s centre in Shakshok village, Fayoum to follow up on the process.

Through a number of activities provided to children between 10-16 years old, the national campaign aims to spread the awareness of girls’ education and the danger of child marriage, and to develop their skills in communication and wellbeing.

The activities provided to both boys and girls include digital literacy, self-expression, participation, inter-generational dialogue, and community theatre in safe and culture-sensitive spaces, such as the Civic Education Centres.

“In our village, the female who reaches 18 is considered a spinster. She is then left with no option but to marry an older man who is probably a widower in his forties or fifties to raise his children,” said one of the girls participating in the campaign with tearful eyes during a storytelling circle which takes place at the centre to encourage ladies to express themselves.

“But this is not the life I want for myself. I want to have access to education, complete my studies, and have a source of income through which I can count on myself,” she added.

The various storytelling circles divide children upon ages and genders, in order to make sure most of the participating members share similar minds and personalities. 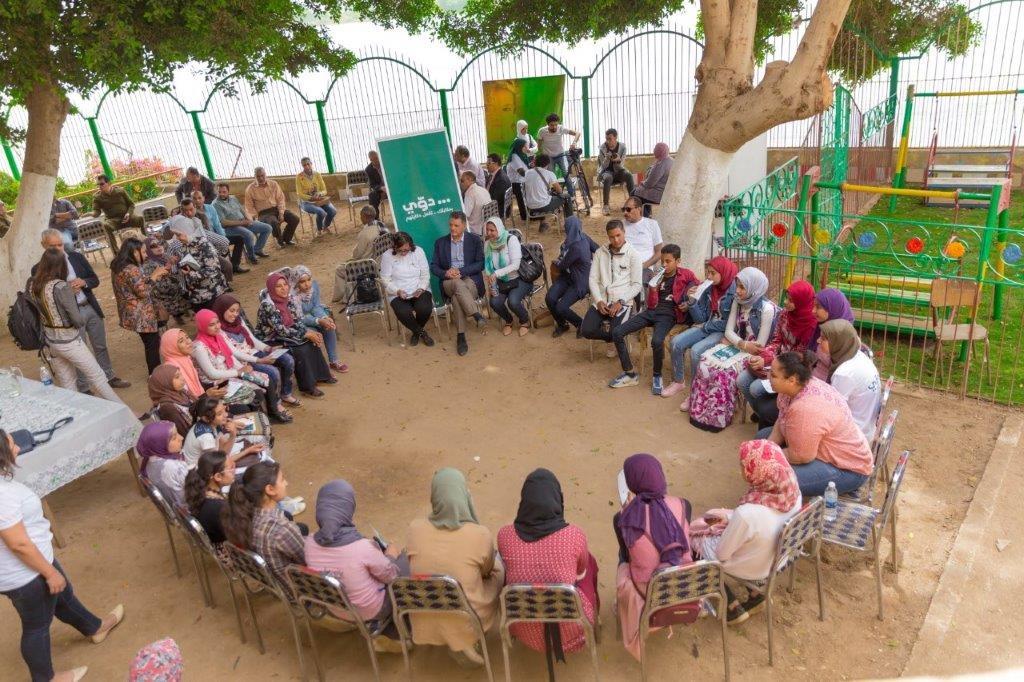 “This initiative is all about developing the skills, services, and voice of girls, with the basic goal of empowering them, especially the most vulnerable ones in some villages,” Bruno Maes, the UNICEF Representative in Egypt, told Daily News Egypt

Maes added that the imitative is growing “especially with the participation of communities and institutions that show interest in joining this collation.”

Dawwie is currently launched in five governorates across Egypt, with the plan to expand into a wider range of communities in order to combat culturally known challenges facing women including Female Genital Mutilation, child marriage, education, skills development and employment.

As UNICEF technically and financially supports the cause, Maes expressed the organisation’s awareness that such a change in the cultural mindset takes time and effort, “yet that does not stop us from what we are doing as we are seeing a real effect on the ground.”