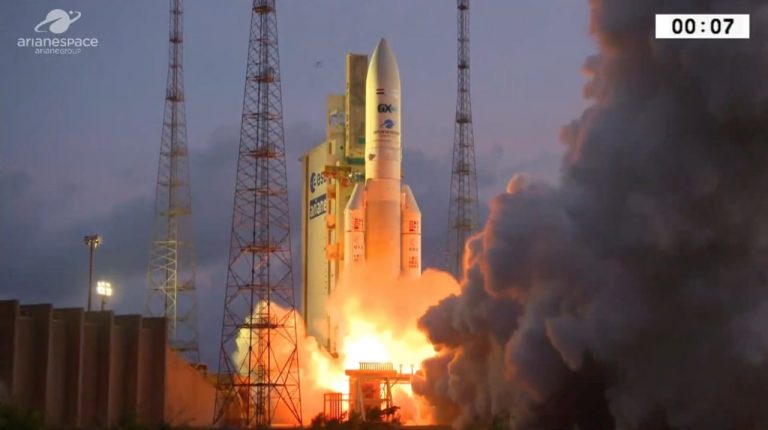 Egypt has launched its first communications satellite Tiba-1 into its orbit, according to a statement from the cabinet late on Tuesday.

The Egyptian government described the move as an improvement to the telecommunications infrastructure, internet services, and attracting investment to Egypt. It also considers it a cornerstone to support development projects not only in Egypt, but also in Africa and the Arab region.

Tiba-1 was due to be launched on Friday, but the operation was postponed to Tuesday for technical reasons.

Following the launch, Arianespace Chief Executive Officer Stéphane Israël said, “Arianespace is very proud to have launched the 250th Ariane on our eighth mission of the year, for Thales Alenia Space and Airbus Defence and Space on behalf of the Government of Egypt, and for a leading operator, Inmarsat, which has entrusted Ariane for 10 of its satellite launches.”

TIBA-1 is a civil and government telecommunications satellite for Egypt developed by Thales Alenia Space and Airbus Defence and Space as co-prime contractors. The satellite will be owned and operated by the government of Egypt, and will remain in orbit for at least 15 years “to provide communication and internet services over every inch of Egypt,” according to the government’s statement.

TIBA-1 is the fourth satellite to be launched by Arianespace for Egypt, as the company has deployed three satellites for the operator NileSat between 1998 and 2010.

Egypt to launch its first communications satellite within days