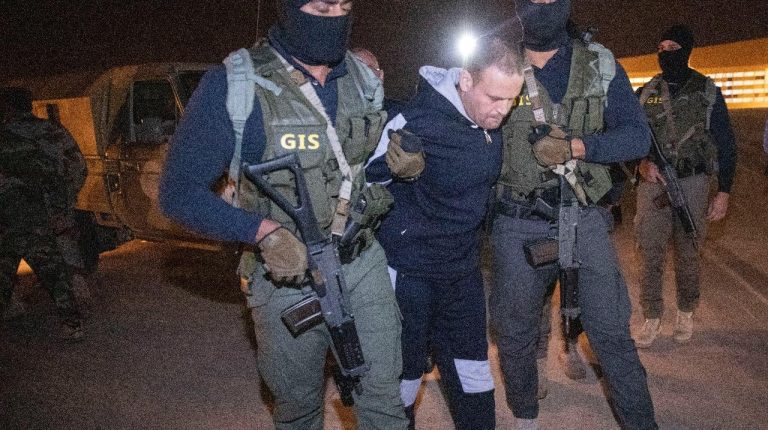 A military court on Sunday handed the leading terrorist Hisham Al-Ashmawi a death sentence over his involvement in the Al-Farafra Oasis shootout case, according to a military statement.

In May, Libya extradited the convicted militant to Egypt. Al-Ashmawi was seen escorted by two General Intelligence Services agents as he arrived from Libya on board an Egyptian military aircraft.

Al-Ashmawi was an officer in the Sa’ka Forces – Egyptian commandos –  before he was fired and joined Al-Qaeda after the 2011 Revolution. In 2014, Al-Ashmawi became a leading figure of the Egyptian branch of the Islamic State (IS) terrorist group, dubbed Sinai Province group.

He was involved in the major militant attacks conducted by the group against the army and police forces based in Sinai and Al-Farafra Oasis.

During the Al-Farafra attack, Al-Ashmawy was injured and was transferred to Libya to receive treatment due to his close relationship with the Al-Qaeda-affiliate Ansar Al-Sharia in Derna, Libya.