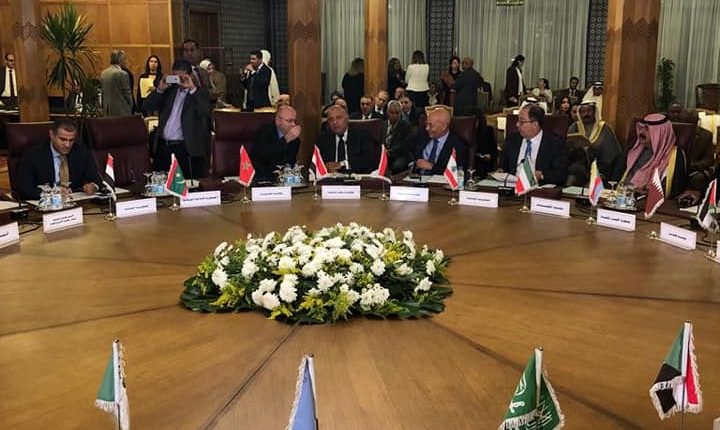 Egypt’s Foreign Minister Sameh Shoukry on Monday emphasised Egypt’s firm stance regarding supporting a Palestinian independent state with East Jerusalem as its capital based on the borders of 1967.

Shoukry’s remarks came during an Arab League (AL) urgent ministerial-level meeting on the US’s major shift on the legitimacy of illegal Israeli settlements in the occupied West Bank.

Shoukry also asserted that Egypt views Israeli settlements in the occupied Palestinian territories as illegal and violates international law, warning of the consequences of Israeli settlement expansion which would lead to violence and hatred as well as undermining the two-state solution and peace talks.

Meanwhile, Shoukry affirmed that Egypt stands with Palestinians and their legitimate rights in establishing an independent state based on the border of 1967.

Earlier, Shoukry met with his Saudi counterpart Faisal bin Farhan on the sidelines of the AL meeting.

Both discussed recent updates related to the Palestinian cause, especially Israel’s settlements in the West Bank.

The AL called for Monday meeting upon a request from Palestinian Authority, following the US’s decree to no longer consider Israeli settlements in the occupied West Bank as a violation of international law.

The US Secretary of State Mike Pompeo announced on Monday last week that the US will no longer view Israeli settlements as “inconsistent with international law.”

The US’s decision came against the UN Security Council Resolution No 2334 (2016), which stipulates that “the establishment by Israel of settlements in the Palestinian territory occupied since 1967, including East Jerusalem, has no legal validity and constitutes a flagrant violation under international law and a major obstacle to the achievement of the two-State solution and a just, lasting, and comprehensive peace.”