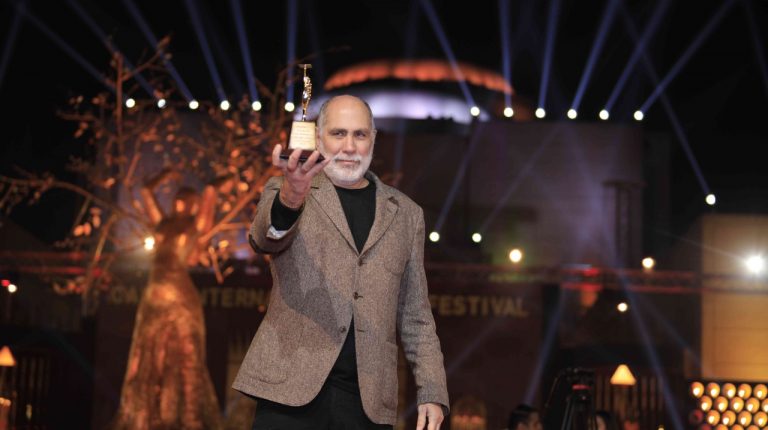 The panel, which took place as part of honouring Mexican cinema this year at the CIIF, started with asking the director about how they remembered cinema when they were young.

When he was young, Ripstein said there were a lot of films to be watched in Mexico owing to the government’s support as the film industry was part of the country’s main industries. According to him, this collapsed when the government stopped supporting cinema.

Arriaga echoed Ripstein’s opinion saying that Mexico was the second industry in the country after oil, bringing the country more money than anything else at the time. “We made 100 films a year. One of the most important actors could have made 20 million. Mexican cinema was prominent in the Spanish speaking world.”

He added that everything changed when Hollywood opened the market and pushed the industry towards the private sector. Private funding tipped the scale out of Mexico’s favour, leaving Hollywood with the most up to date abilities.

On the topic of how anti-immigration policies in the US can affect Mexican cinema, Arriaga said that themes in Mexican cinema should not be limited to the idea of white nationalism, adding that there can be other stories other than crimes and drugs, like love and family.

Ripstein said, “In the 1990s, after stopping state funding, there was a crisis. Only seven films were produced per year. Right now, that figure stands at 140 films. It has to be one film for one million.”

He added that nowadays things are turning around for Mexican cinema. “In every film festival, a Mexican film wins. We have award-winning directors and female directors,” he said.

With regards to the elements that could make a film Mexican, Ripstein said that he creates Mexican films in English. “Being Mexican brings something different to the film. Those kinds of contradictions. They feed creativity and the feel of the Mexican perspective.”

About the current scene, Arriaga said that there were a lot of comedies and tv-related films with stars from soap operas. It attracted lots of people and cinema houses, but there is little space to screen award-winning and independent films, which raises the question of sustainability.

On film education, both directors said that it is not important for filmmakers to study directing. Both agreed that graduates of film schools end up doing advertising.

The second golden age in Mexican Cinema has witnessed an increase in production, showing more than 170 films per year in 2018. It started with Director Alfonso Arau’s film Like Water for Chocolate, and made its significance with films like Amores Perros, Y Tu Mamá También , and The Devil’s Backbone.

This new wave of Mexican filmmakers produced their films away from state authority and with mostly private funding, making its way to Hollywood and beyond. If we look at the last five Academy Awards, we find that they were all given to Mexican Directors, and we find several prizes in prestigious film festivals like Cannes, Berlin, Venice, and Locarno.

It was like a “resurrection” of cinema that stopped making any impact since the late 60’s and till the early 90’s. One of the major cinematic names participating in this wave is Guillermo Arriaga who wrote the fascinating script of the films Amores Perros, Babel, and 21 Grams in which he showed his mastery of non-linear writing.

He then collaborated with the famous Actor Tommy Lee Jones who directed and acted in his film Three Burials of Melquiades Estrada and granted Arriaga Best Screenplay prize at Cannes 2005. In addition to the screening of Three Burials Melquiades Estrada, Arriaga will give Cairo audience a beautiful masterclass about his screenplay’s techniques, which is a chance that no script writer/director wants to miss.

Another film that will be screened in the Mexican programme is Silent Light, directed by Carlos Reygadas. Reygadas is somehow more universal, disconnecting the real world to create a magical one, and discussing the issues that can relate to anyone such as love process, its fade, and its revival. Reygadas’s style is also poetic with minimal dialogue, focusing on creating long slow shots with beautiful cinematography that plays a major role in creating his magic.

Another Cannes best screenplay winner, Director Michel Franco also appears this year in CIFF as a jury member and as a part of the Mexican programme. Franco is somehow universal but more realistic than Reygadas, depicting the dark side of our lives with well written scripts and low profile actors performance, such as Actor Tim Roth’s role in the film Chronic where he plays an introverted nurse who is very dedicated to his job. This dedication which leads us to reveal his secret gradually and his chronic sense of guilt. The film Chronic was the film that won the above-mentioned prize is definitely a true cinematic gem presented in the programme.

Gabriel Ripstein is the last director in this cinematic family. Born to the famous Arturo Ripstein who is well-known in Egypt for his adaptation of Nagiub Mahfouz’s wonderful novel Bedaya w Nehaya (The Beginning and the End), Gabriel participates in the festival with his best feature award Berlinale winner 600 Miles that represents a younger Mexican cinema discussing the issues of borders, violence, and coming out of age. Gabriel is a well-known film producer who produced Chronic, April’s daughter, and Venice Film Festival Golden Lion winner, From Afar.

In addition to the screening of the four films mentioned above, four carte blanches were given to the directors to choose their favourite film from Mexican Cinema. Arriaga chose Black Wind for Director Servando Gonzalez, Reygadas chose The Secret Formula film by Director Ruben Gamez, Franco chose El by the legendary Luis Bunuel, and Gabriel chose Life Sentence directed by Arturo Ripstein.

This programme is a mix of four different cinematic schools and tastes showing Mexican Cinema narrated by its filmmakers’ voices, and experiencing hidden gems to make the audience more aware of the history, present, and the future of a cinema that looked like Egyptian Cinema in many of its phases.