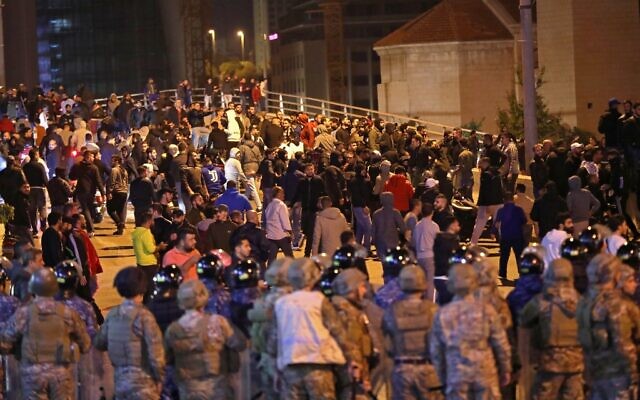 The supporters of Shi’ite Hezbollah and Amal groups attacked demonstrators for the second day in a row, Lebanese local media reported.

Other reported heavy gunfire in some parts of Lebanon as well.

Security forces intervened to stop the clashes late on Monday, opening fire in Tyre town south of the capital, Beirut, as supporters of the Shi’ite groups attacked protesters, tearing tents apart and setting them on fire. The ongoing violence is threatening to tip peaceful anti-government demonstrations.

Although a heavy gunfire was heard across different parts of Beirut, there were no reports about the casualties. The source of the gunfire remains unknown.

Escalating the already tense situation, two people were killed after their car crashed into a traffic barrier on a coastal road on Monday. The incident created a wide wave of criticism, on whether cutting roads as a primary tactic to keep up the pressure has crossed boundaries.

It was not clear who set up the barrier that caused the accident. However, Hezbollah blamed protesters for the incident, saying the accident was the result of attacks by groups targeting roads.

On a separate note, various Lebanese economic groups and businesses called for a three-day general strike to pressure political parties to form a new government, ending the country’s economic crisis. However, it is not clear if any private banks would respond to the calls.

The group includes industrialists and bankers, calling for the strike to start on Thursday up until Saturday, in the private institutions, adding that its “escalation” would continue until a new government was formed, with further steps to be announced.