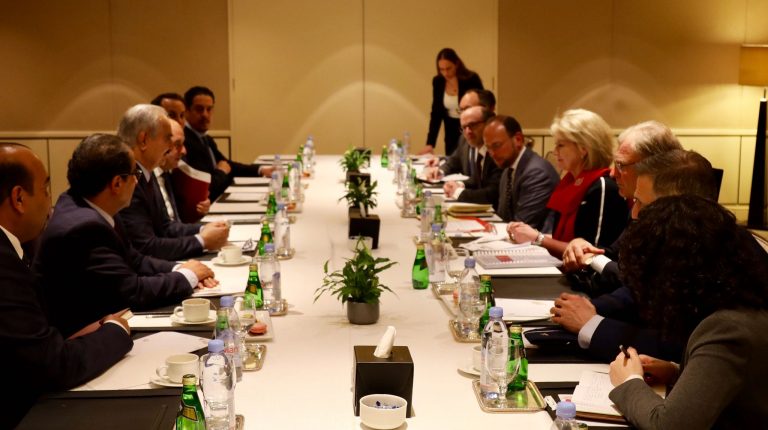 Senior United states’ officials discussed with Khalifa Haftar, the leader of the Libyan Arab Armed Forces (LAAF), the steps towards ending Haftar’s offensive on the capital, Tripoli, the State Department said on Monday.

In the statement, the State Department said that a US delegation including US ambassador to Libya Richard Norland, met with Haftar, in order to discuss “prospects for suspension of hostilities and resolving the Libyan conflict.”

The discussion also aimed at establishing “a common basis for progress between the parties on the issues that divide them, in the context of moving toward a ceasefire.” The delegation also asserted that the US is fully supporting the sovereignty and territorial integrity of Libya.

During the meeting, officials expressed US concerns over the Russian intervention, urging all countries to build a secure and prosperous future for Libya,  the statement said without mentioning where the meeting took place.

Haftar launched his offensive in April to seize Tripoli, killing more than 1000 people. According to several reports, Russian mercenaries have been allied with the LAAF. However, Washington first accused Russia of exploiting the conflict in Libya after a meeting with representatives of the Government of National Accord in 14 November.