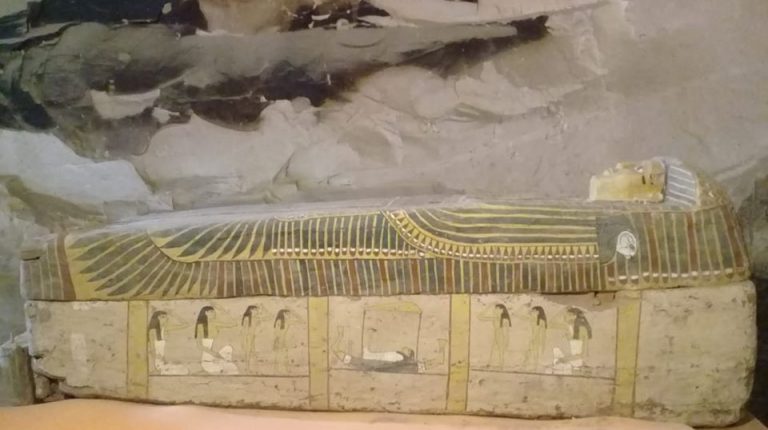 A French archaeological mission has discovered three wooden coffins in the courtyard of a cemetery located in the upper Egypt’s province of Luxor, the country’s ministry of antiquities said in a statement on Wednesday.

“The three coffins date back to the 18th Dynasty, and are in a good condition of preservation,” said Mostafa Waziri, secretary-general of the ministry’s Supreme Council of Antiquities.

He added the coffins were depicted with some colored decorations and hieroglyphic inscriptions.

Meanwhile, the second one, about 190-cm long, was painted yellow, with columns of hieroglyphic inscriptions on a white background. It’s for a woman called “Rao.”

The 180-cm long third coffin was covered by a plaster layer in white and brown colors without writings, Yassin added.

Egypt has witnessed several large-scale archeological discoveries this year in different parts of the country, including Pharaonic tombs, statues, coffins and mummies.