In Focus Banning e-cigarettes is not the answer, regulations must be based on market specific risk proportions: research fellow
Pin +1 WhatsApp Tweet Share Share Jobzella Email 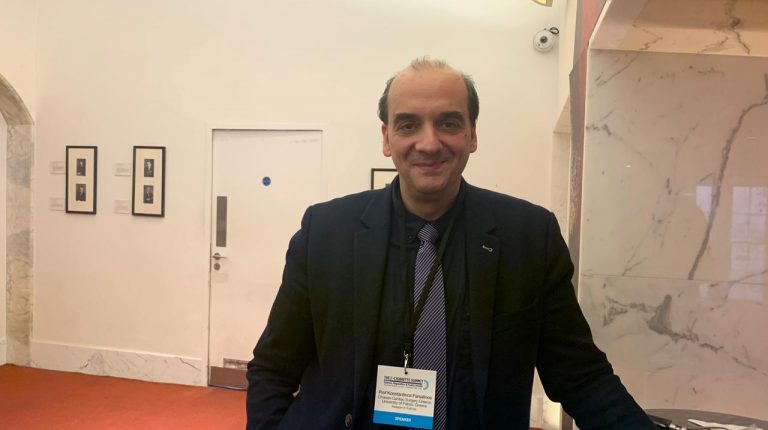 Once e-cigarettes enter the market, the population will immediately drop cigarettes for vaping, and governments will lose out on a huge source of tax revenue

Debates about the dangers of smoking and the rise of e-cigarettes as a substitution have been ongoing for a while. While some countries openly allow the traditional tobacco cigarettes, e-cigarettes have been restricted.

There have been many debates after some e cigarette- related deaths, can you explain that?

About the US’s cases, it’s absolutely clear that it’s not because of E-cigarettes. It’s clear that these cases of acute lung injury happened because of using illegal marijuana products containing THC “tetrahydrocannabinol” in oils that is used with a battery device to be evaporated and inhaled.

These products aren’t the same as the legally regulated electronic cigarettes that have been used all over the world for 10 years. Normal electronic cigarettes contain nicotine, propylene glycol, glycol, and flavourings. These are very different products. They are just using the same type of device, a battery device, and an atomizer to be evaporated but they are not E-cigarettes. All the US’s cases are happening to people who were buying illegal products from the black market. Even in states where Tetrahydrocannabinol (THC) use is legal, there is a black market because it’s cheaper. You can’t have an outbreak in one country in 2019 caused by products that have been used since 2009 all over the world, without any similar cases cropping up anywhere else in the world.

It’s pretty obvious that this is because of something that was used recently only in the US.

The vaping market is increasing nowadays, how will this affect or impact traditional cigarettes?

It depends on how they are being used. The goal of the public health community is that e-cigarettes should be used as a smoking substitute.

You know the cost of treating smoking related diseases that could lead to death and loss of working hours is damaging, so you need to think over the long term. It’s not going to replace the entire tobacco market in one day. It’s going to happen gradually. From a public health perspective, there is no doubt that we need something like that. We need people to quit smoking and start using alternatives.

In your opinion, how healthier are e-cigarettes than regular ones?

Not only do E-cigarettes not contain any tobacco whatsoever, but also they do not burn.  Vapers don’t inhale harmful smoke

Why do you think the authorities and governments are now banning this kind of product?

I think that it started as a precautionary principle, out of fear and lack of knowledge years ago. They argue that we don’t know what is going happen in 30 years, but this is a very invalid argument. For any consumer or pharmaceutical product that enters the market today, no one knows its  exact fate in 30 years.  There has been plenty of robust science done over the last 10 years since e-cigarettes went on the market to say to adult smokers – if you can’t quit, please switch to vaping instead because it is far less harmful to vape than to smoke.

Why do you think traditional high-risk cigarettes are open for all markets, while vaping with its fewer risks is still prohibited in many countries?

There is no justification for any country to legally allow the sale of tobacco cigarettes and at the same time restrict far less harmful alternatives. It makes no sense. If you give the people the option of smoking tobacco cigarettes, it’s your obligation to have a less harmful alternative. Why? Because most smokers want to quit. 70% percent of smokers want to quit if you look at surveys, but it’s extremely difficult and many can’t do it with the normal products like pills and patches so we need additional tools.

In your own opinion, what do you think is the main challenge for e cigarettes?

The main challenge is finding the perfect balance in the regulatory framework. You need to create a balance so that these products only target existing adult smokers and should be avoided by non-smokers, that’s the key point. In adults there are no problems anywhere with e-cigarette use. In most cases, the vast majority of adults using electronic cigarettes are current or former smokers, which is fine. In youth, there has been some observable increase in e-cigarette use, but daily users are rarely found. And if they were, they show a history of smoking, either as current or former smokers.

In the US where they made such big stories about youth, the latest data contradict the hype and show that the daily use of E cigarettes among never smoking adolescents is only 0.6% – it’s in fact extremely low. We have to look rationally at these products – because at the same time the US has the lowest smoking rates in all its history, during the period that e-cigarette use has grown, smoking has declined to historically low levels, and that’s a huge achievement.

It’s possible that e-cigarettes played a role because they attracted smokers away from cigarettes to electronic cigarettes. When you look at the regulation, you need to look at the whole public health landscape which includes both youths and adults.

Another advantage of these products is that these are smoking cessation aids that are self-funded by the smoker – the government pays nothing. Yet, it is also able to use funding from the vape market to fund smoking cessation efforts without using money from its own budget. In the UK, the market for vaping is predicted to reach a billion pounds over the next few years.

From a financial perspective, why are governments still restricting e-cigarettes even when they benefit from them?

You’ll have to ask them, I’m not sure what they’re thinking, but I believe they are worried that once e-cigarettes enter the market, the population will immediately drop cigarettes and start vaping, meaning that the government will lose out on a huge source of tax revenue. The transition is very gradual, and there were already decreasing rates of smoking in many countries, even before the invention of e-cigarettes. Meanwhile, e-cigarettes have accelerated this decline.

There has been much concern over the statistic in all markets, especially in Europe and the US, but what about other geographical areas?

When you want to create a regulation, you need to understand your own market. The problem in many regions whether its Africa, Asia, or Latin America, is that they are trying to make regulations without understanding their market. They aren’t even creating surveys to find out who it is that is vaping. The government needs to collect local data, that’s the first step before regulating. When you don’t do that, it’s a blind regulation and then you don’t know what the impact will be.