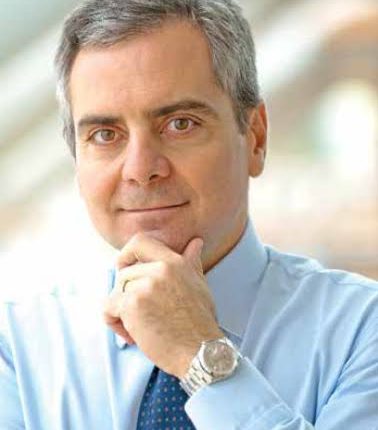 In the context of the Africa Investment Forum held earlier this week, Daily news Egypt interviewed the Vice-President of European Investment Bank (EIB), Dario Scannapieco, to speak about the 40-year experience of the bank in Egypt and explore the future of the EIB’s operations in Egypt.

Recently, the EIB celebrated 40 years of operation in Egypt, how would you evaluate your presence in the country?

We have been offering long-term finances available to support more than 100 sustainable projects in both the public and private sectors over the last 40 years.

This longstanding relationship has always been for a good cause: to improve people’s lives and the quality of public services, and to create jobs by supporting small and medium enterprises, and the general business environment in Egypt.

During the four decades, the EIB has contributed to achieve Egypt’s development goals and objectives by assisting the government to meet the country’s investment needs. Those needs may be articulated around three themes: improving the socio-economic infrastructure (including investments in water and sanitation; energy supply, transmission, and distribution; public transport systems); supporting private sector development; and contributing to climate mitigation and adaptation. Two further horizontal objectives are considered in all EIB operations: supporting new job opportunities and promoting regional integration, for example by providing support for Egyptian businesses to expand further in European markets. Through these axes, the government can seek to meet its objective of accelerating investments and promoting a diverse economy, with growth driven by many sectors.

What were the first projects that you financed?

At the end of 1979, the EIB signed three financing agreements with the government of Egypt in the context of Protocol No.1 to the cooperation agreement between the European Economic Community and Egypt.

The first financing agreement aimed to support the first phase of the Suez Canal development to allow tankers drawing 53 feet to transit the waterway. The project involved dredging in order to deepen and widen the canal, the related civil engineering works and the procurement of floating and land equipment, all of which were necessary for the operation of the canal in its new form.

The third agreement signed with the Industrial Development Bank provided financing for small and medium-sized industrial and tourist projects.

What is the size of your portfolio in Egypt?

Our total investments in Egypt reached €9.2bn, including more than 100 projects. Egypt benefits from the largest lending volumes of the EIB in the Southern Neighbourhood Region (27% of total in recent years). From 2015 to 2019, a total of 27 contracts were signed for a total value €4bn. The average amount per year was hence €800m, while the average amount per contract was EUR 150m. In terms of sectoral split, 11 public sector loans were signed (47%), 11 loans for SMEs (52%), and 5 equity-based operations (1%).

Do you have an estimate of EIB’s investments for 2019?

This year, our total financing is expected to be more than €1bn to support priority public infrastructure projects (for example the Cairo Metro Line 1 Upgrading, the Alexandria West Wastewater Treatment Plant) and small and medium enterprises (for example loans given to National Bank of Egypt, Banque Misr, and MSMEDA to support SMEs and Midcaps).

We also provide advisory services using grant money of the EU or ERI Fund to make our projects get off the ground and to crowd-in others financing institutions and ultimately to increase their impact. We are about to sign two grant agreements with the Ministry of Transport. The first grant will support an environmental study for the upgrading of the Tanta Mansoura Damietta Railway line managed by the Egyptian National Railway (ENR), which is expected to be financed by EIB in 2020.  The second grant will finance feasibility study for the upgrade of Cairo Metro line 2 managed by NAT, another potential EIB loan for 2020.

In addition, the EIB manages investment grants funded by the EU under the Neighbourhood Investment Facility (NIF). In 2019, we made a first disbursement under a grant called “Community Development Programme” managed by MSMEDA, which will finance investments in community infrastructure in order to improve living standards for disadvantaged segments of populations living in and around urban centres in several governorates in Egypt. Projects to be funded from the grant are expected to include the new provision or enhancement of community facilities, including schools, health clinics, and community centres. They may also comprise access infrastructure, such as potable water, wastewater, solid waste, and minor roads for businesses or residential units. By the end of 2020, the EIB also expects to sign the investment grant for the Kitchener Drain project, a major wastewater treatment and depollution programme.

Will you provide finance at the same levels in 2020?

For 2020, the EIB expects to significantly increase its lending volume. We are following a long pipeline of public sector investments projects in the areas of public transport, energy efficiency, water, and wastewater. In addition, the EIB will continue its strong support to the private sector, by lending to SMEs, possibly using innovative instruments like portfolio guarantees. Finally, we hope to be able to increase our direct lending to the private corporate sector. Overall, we expect to lend more than €1bn.

It is important to point out that besides the volume, EIB focuses on the quality of the projects it supports. In order to be financed by the bank. The projects need to follow high standards in terms of environmental and social aspects and procurement to ensure the best unit costs. These standards are key to ensure that the EIB supports quality infrastructure, that is not only financially, but also economically, socially and environmentally sustainable.

What are the top-priority sectors to receive your funding?

The EIB mandate includes many different areas of intervention. Infrastructure development in the public transport, urban, energy and environmental sectors (e.g. railways; metros; trams; energy transmission and distribution; and water and wastewater projects) is the traditional one, as the EIB has a strong technical and financial expertise cumulated over the years. Most recently the EIB has contributed to a number of key projects in the country, including the Cairo metro lines and wastewater treatment projects in El Fayoum, Kafr El Sheikh, and Kitchener Drain. Renewable energy and energy efficiency are also key areas for the EIB in Egypt, and the EIB is looking for opportunities to support green energy and energy efficiency projects. Also, the EIB remains committed to support firms’ access to finance (SMEs, Midcaps, or large corporates), via its own support and via possible delivery of technical assistance.

Finally, in the future EIB is interested in supporting the health and education sectors in Egypt. The Bank has a strong expertise in these sectors worldwide (with average annual lending volumes of around €2bn in education and €1.5bn in health) and also some experiences in the Southern Neighbourhood region (mainly in Tunisia and Morocco), which it would like to apply to Egypt.

How does the EIB help promoting Egypt’s private sector?

Private sector development is a key priority to the Bank as it can create more jobs and contribute significantly to economic growth. We have been supporting private sector in Egypt using three financial instruments. The first is extending credit lines through the Bank’s partners in the region to channel the finance to SMEs and Midcaps. This year we will approve a €500m credit line to Banque Misr to support Small and Medium Enterprises in Egypt. This agreement will bring overall EIB support to SMEs in Egypt to €3.1bn.

The second instrument is investing in equity to support SMEs and entrepreneurship. Our portfolio in the MED region is €420m (of which 16% is Egypt specific and 46% is regional with some Egypt exposure).

The third instrument is direct corporate finance for large enterprises and project finance schemes. The bank provided €240m of finance to many enterprises in the Southern Neighbourhood region and is looking at expanding its direct lending to corporate clients also in Egypt.

The EIB is appraising this important project for the Cairo region together with other international financiers, but the due diligence process is still ongoing and we will have a better visibility on the possible Bank’s involvement in the coming months.